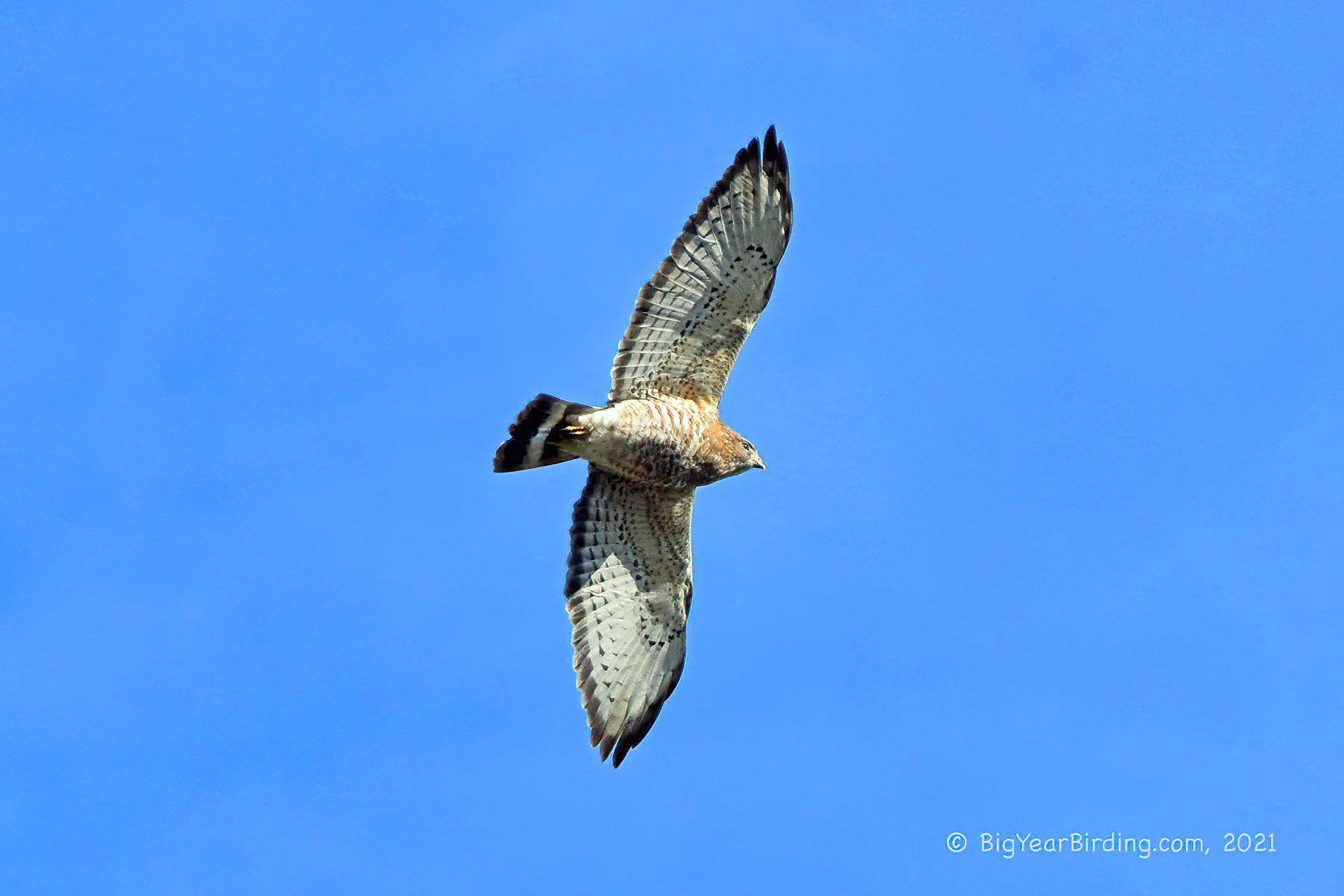 Today, Ingrid and I observed a spectacular bird migration as we watched Broad-winged Hawks soaring on thermals as they moved north.

Most raptors migrate as individuals, but Broad-wings move in small groups or even large flocks.

A Golden Eagle, a very rare state visitor and a pièce de résistance for a Maine Big Year was reported around Portland. Ingrid suggested that we visit the Bradbury Mountain Hawk Watch and see if the Golden Eagle would come by.

The Bradbury Mountain Hawk Watch take place each spring atop an enormous granite uplift that gives visitors an incredible 280 degree view of several towns out into ocean. An official counter is joined by “volunteers” as they scan the skies for raptors moving north into their breeding territory.

We picked the perfect day to visit Bradbury as the number of birds jumped 400% from previous weeks and we saw Bald Eagles, Ospreys, Turkey Vultures, Sharp-shinned Hawks and especially Broad-winged Hawks moving north.

We estimated that we saw, 30 Broad-wings in 90 minutes and many of them came quite close to us.

This stocky little bird is secretive when nesting . . . but it was wonderful to see so many moving so close. 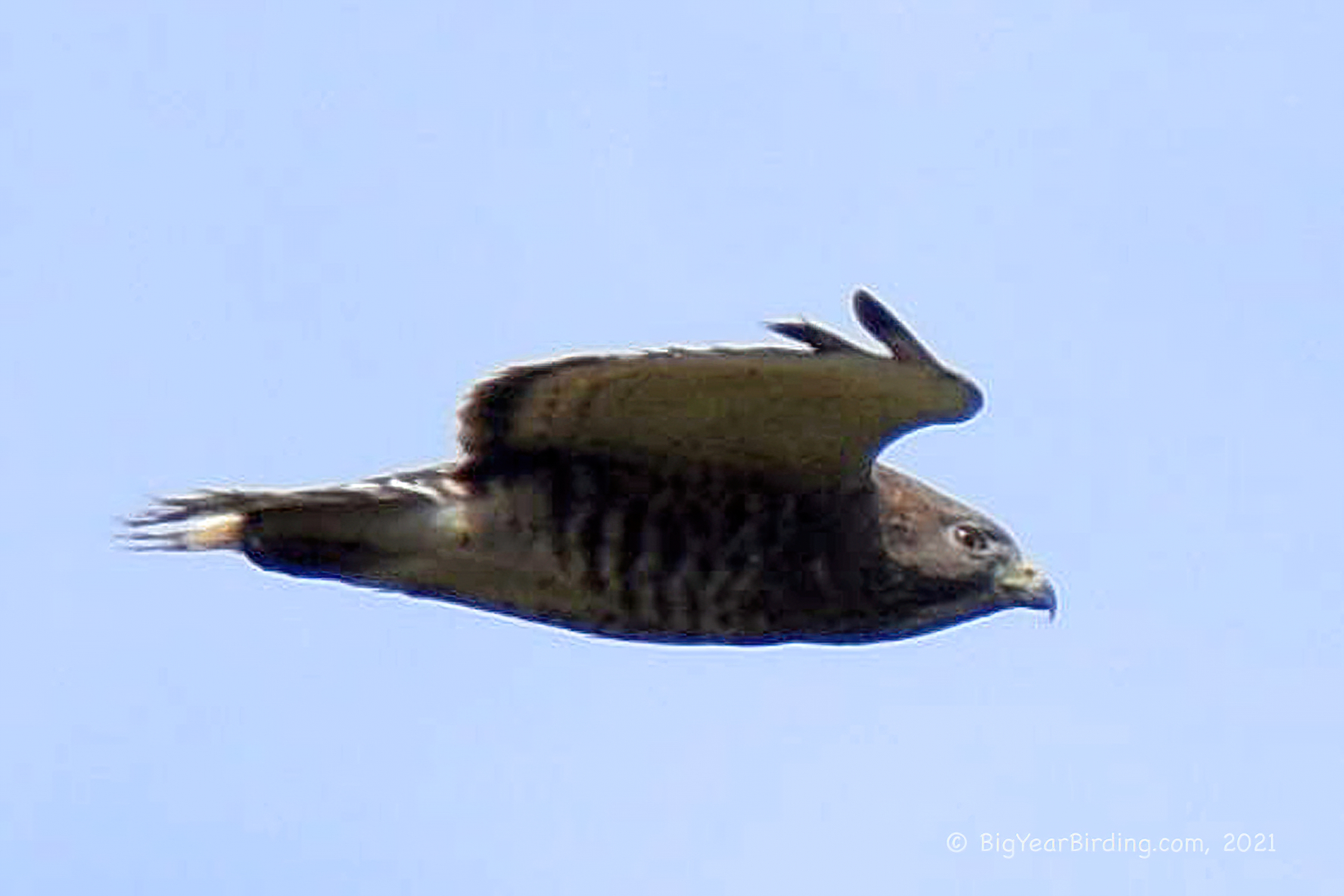