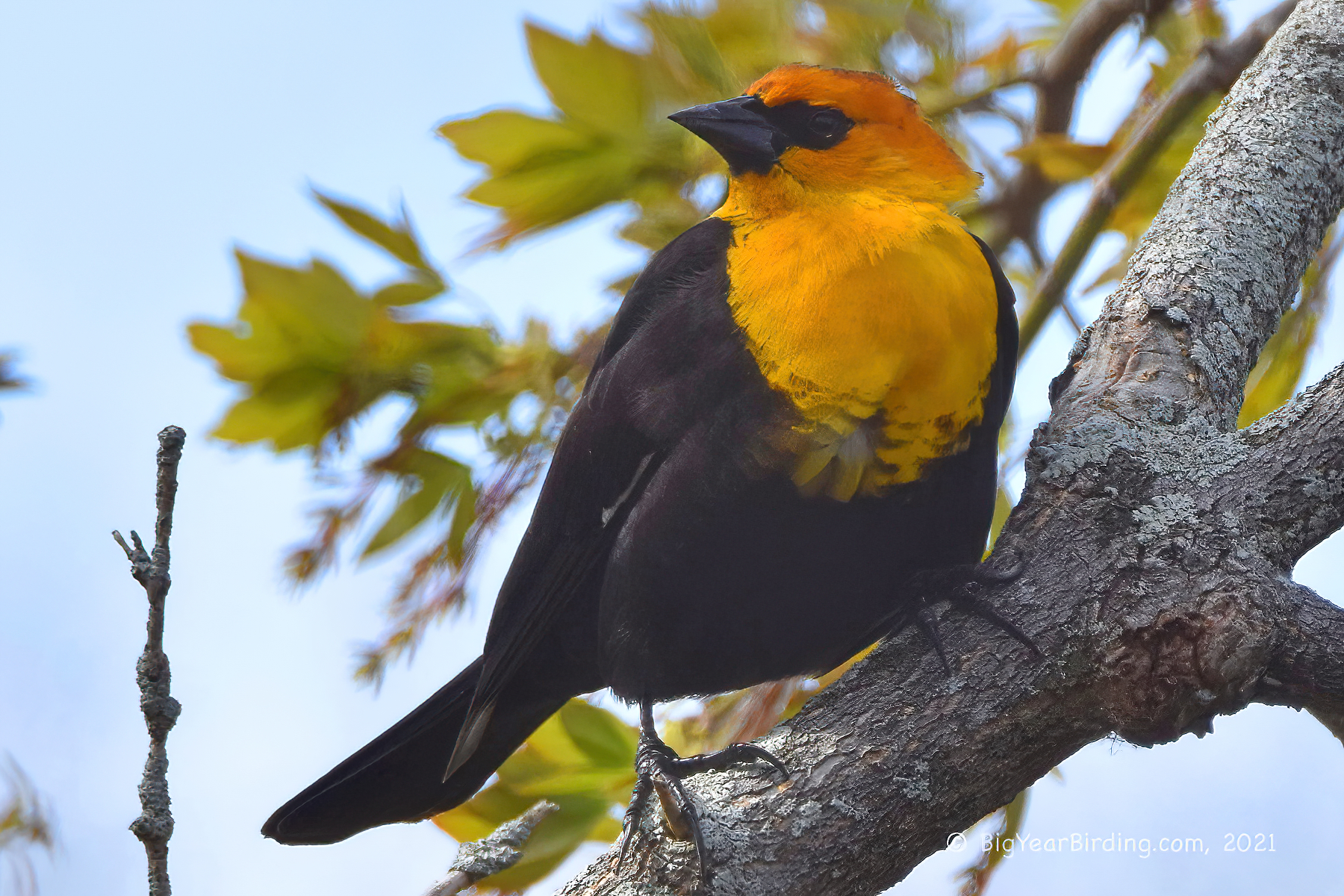 If I should die during my Maine Big Year . . . chances are it won’t be because I fell off a mountain or got mauled by a bear.  Rather it will be my habit of driving slowly about around rural neighborhoods, early in the morning and scanning the yard and shrubbery with my binoculars.

Last night I learned that a Yellow-headed Blackbird was, for some reason, on the wrong side of the Mississippi River, and was feeding under a trailer park bird feeder in Corinna, Maine.   Now I have never seen this bird and I’m doing a Maine Big Year, so I had little choice but to set my alarm for 4:30 am and head north.

Here is where my plan kind of fell apart.  I arrived in Corinna (population 2,198) with no idea where to find the bird.  So I slowly drove loops around the trailer park and the surrounding residential homes sweeping the area with my binoculars.

Is this a good idea? Let’s put it this way . . . rural Maine is well armed and some folks might get the wrong idea about a guy with binoculars.

Anyway after 90 minutes of this nonsense I took another tact and decided check the cattail and woods near the lake and stream in the middle of town . . . i.e. where Blackbirds normally hangout . . . and sure enough there were 100s of birds in the trees, all black. I saw Red-winged Blackbirds, Common Grackles, European Starling, Brown-headed Cowbirds and in the middle of the flock, one solitary Blackbird with a bright yellow head!!!! 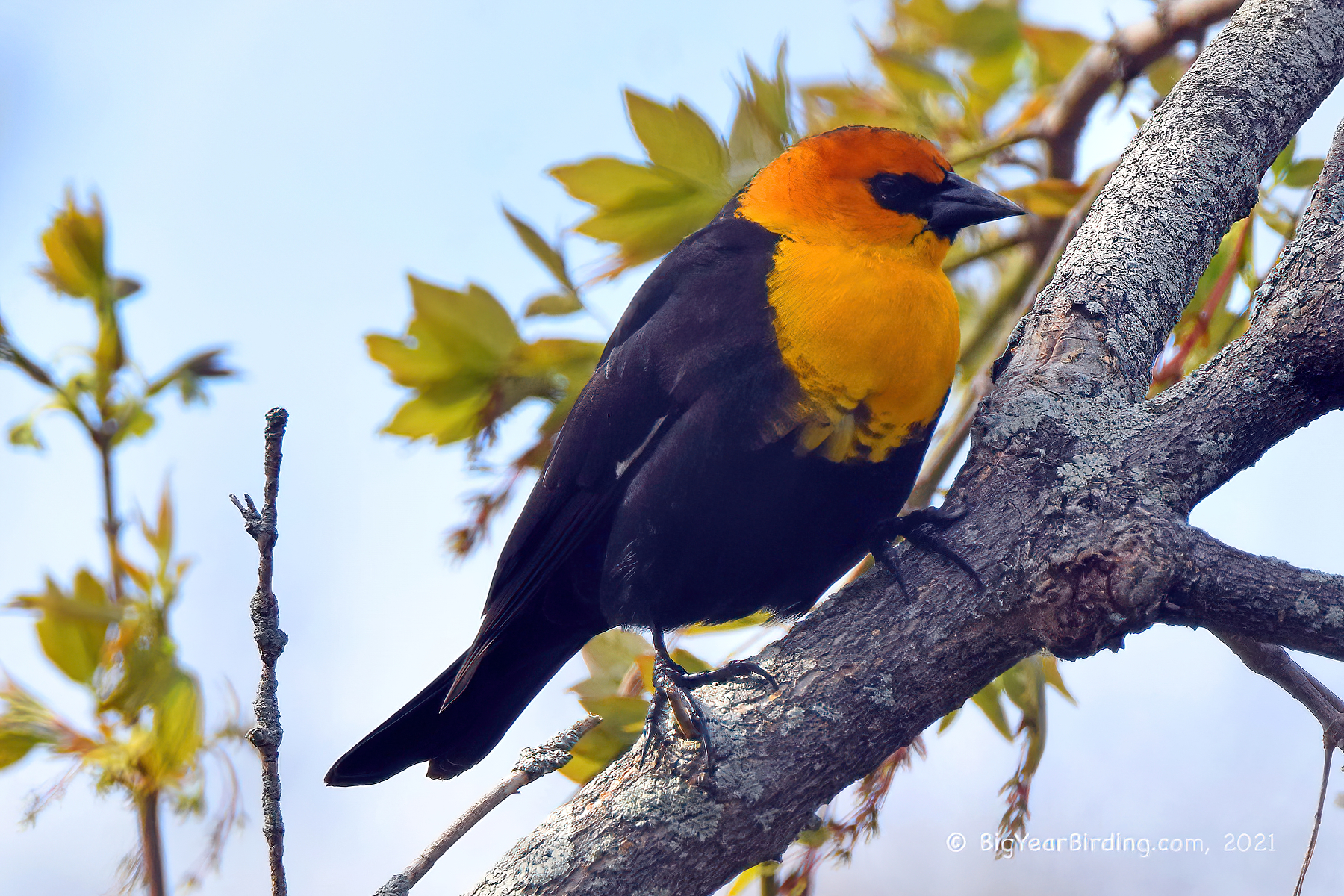