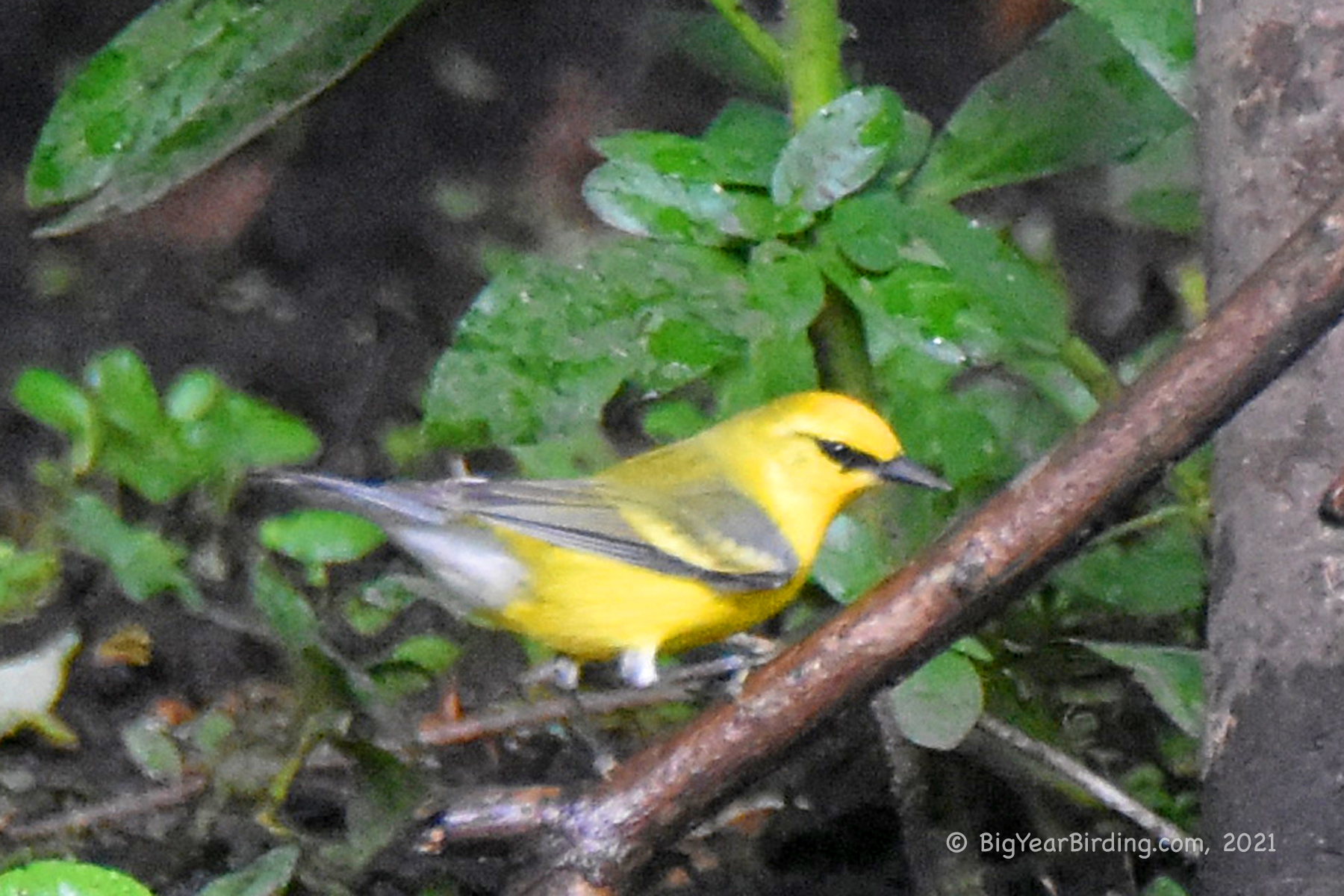 Back in April of 2017, Ingrid and I were in High Island, Texas and we saw a beautiful bird called a Blue-winged Warbler. Its stunning yellow body, sharp black bill and grayish blue wings were breathtaking.

A couple days ago a friend who works in Biodiversity reported seeing a Blue-winged Warbler in Falmouth and offered to take me to the location at dawn (5:00 am). So I got up at 3:00, packed up and drove to the spot where his team was doing bird banding (they safely catch and release birds in mesh nests along migration flyways, banding their legs for research). 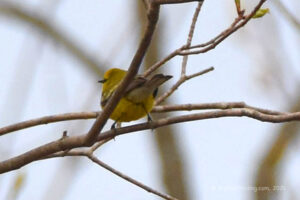 It took me two hours to get on the Blue-winged Warbler (thank to one of the researchers that found it). I snapped some photos and headed out . . . when I got a text from Ingrid (who was birding in South Portland before work). She was watching a Blue-winged Warbler at Hinckley Park.

I arrived there thirty minutes later and together we followed the bird around the woods.

Two Blue-winged Warblers in less than an hour after a four year drought . . . what are the odds???