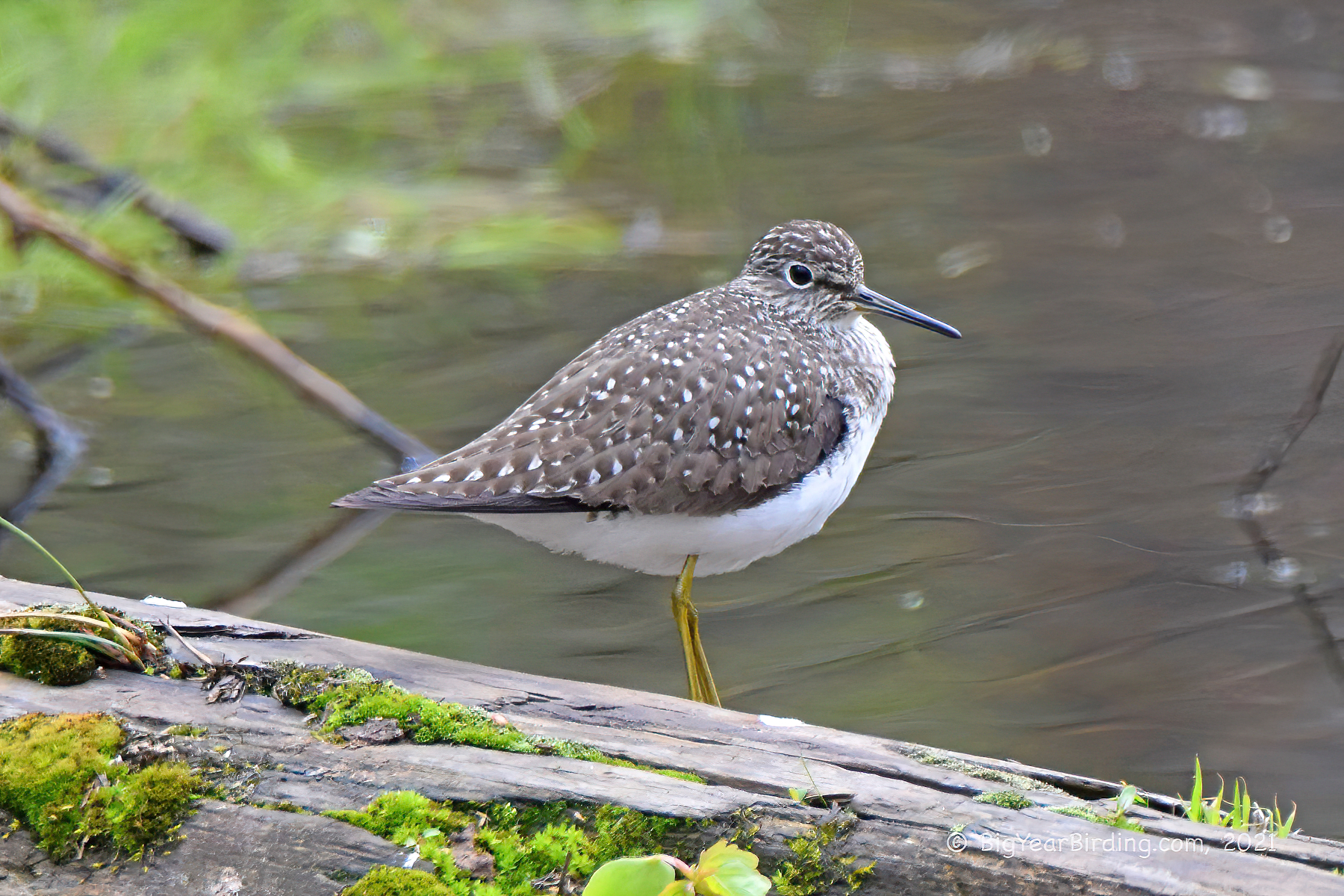 This is a Solitary Sandpiper . . . let’s call him Sam.  Last winter he was hanging out in the Amazon basin, chowing down on frogs and insects without a care in the world.

Then around March 15, a chemical reaction occurred in his brain . . . maybe triggered by the length of the day, the position of stars, or by some unexplained internal clock . . . and Sam begins to fly north . . .  just as his ancestors have done for a thousand years.

Sam will fly north into Central America and then into Mexico, usually at night . . . stopping occasionally to feed.

By April 1, the first Solitary Sandpipers have reached Texas and by May 8, Sam had reached Portland, Maine where Ingrid and I photographed him feeding before he makes his final push into the Canadian and Alaskan boreal forest.

There Sam will hopefully meet “Miss Right” and once mated, he will find an abandoned song birds nest high in a tree where “Miss Right” will lay 3-5 eggs.  Sam and his wife will split time incubating the eggs, which hatch after about 23 days.

Soon after hatching, Sam’s kids are encouraged to drop to the ground (i.e. pushed) and that is about all we know.  We don’t know if Mom and Dad take care of their young . . . or if the young fend for themselves.

What is known, by early July, Sam will begin to move south, reversing his Spring migration. By late August he may be back in South American and all Solitary Sandpipers are back in the Amazon Basin by October.

Right now millions of birds are moving north, generally at night.  Some from as far away as Antartica, some from their wintering grounds in Florida . . . but this annual migration is surely one of nature’s wonders.