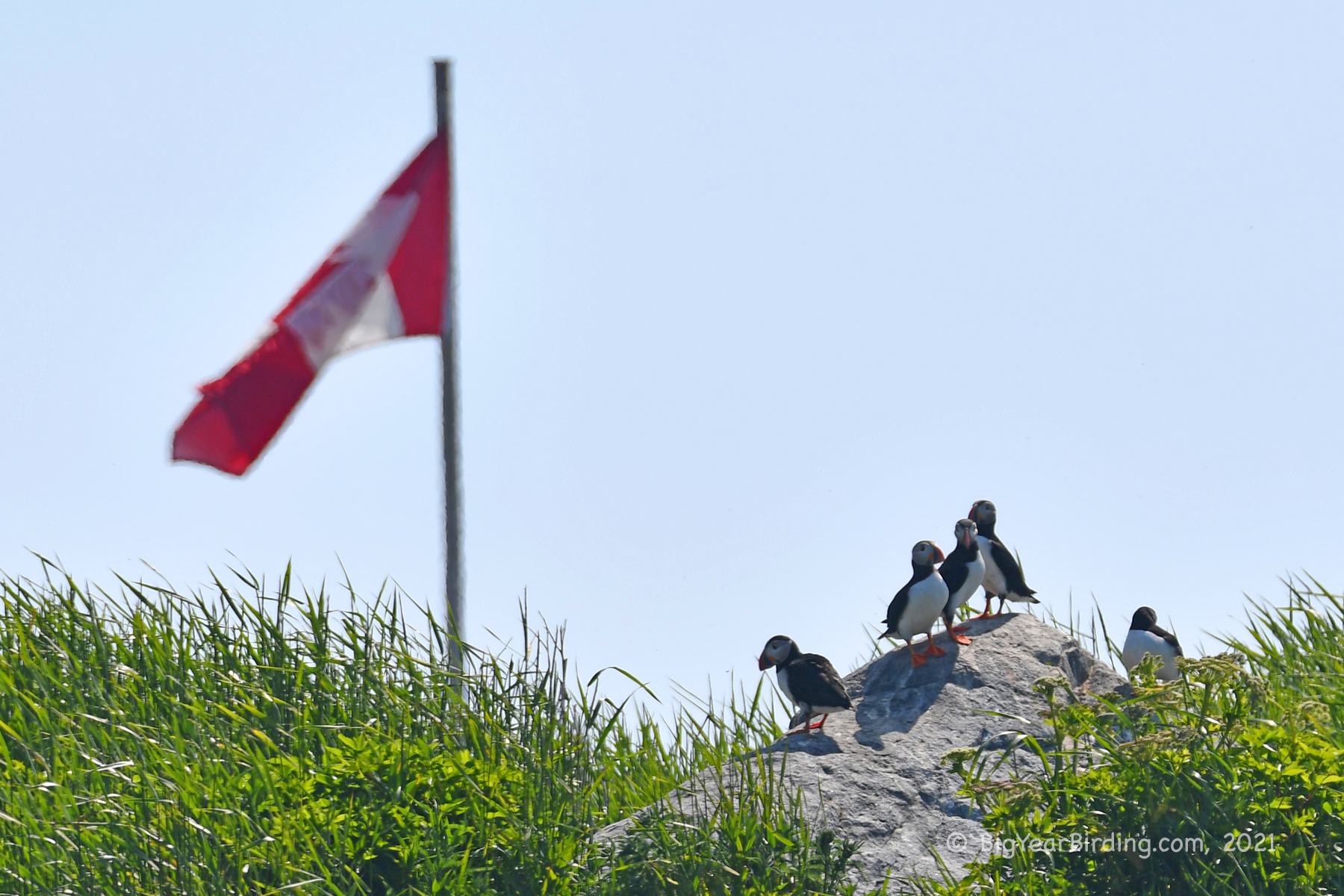 This morning (to celebrate our anniversary) Ingrid and I took a boat out to Machias Seal Island to see . . . you guessed it . . . birds!!!

Machias Seal Island is located 10 miles off the Maine Coast and 50 kilometers off the coast of Nova Scotia. For those of you that didn’t run track and cross country in school . . . 50 kilometers is 31 miles.

Obviously the island is much closer to the United States than Canada . . . but our ungrateful neighbors to the north somehow think Machias Seal Island belongs to them. While the USA rightfully believes it belongs to us!!!

When one arrives at Machias Seal Island . . . you immediately notice thousands of Atlantic Puffins, Razorbills, Common Murres, Arctic Terns, and a big, obnoxious red flag with a maple leaf on it. 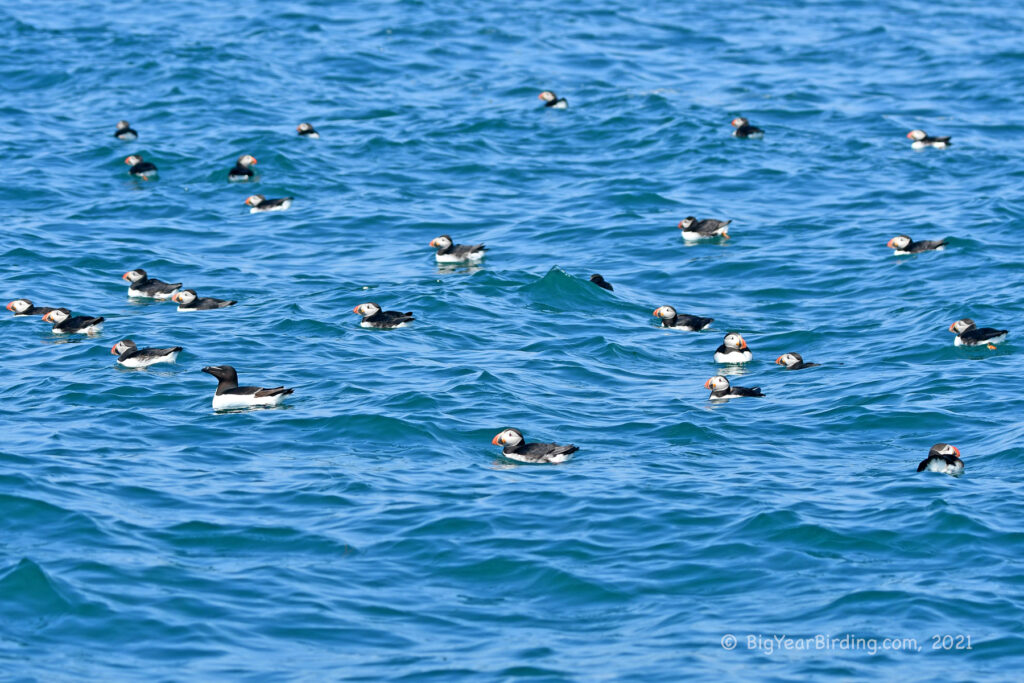 To make matters worse, while virtually every lighthouse in North America is automated, the Canadians keep a lighthouse operator on-site 24/7 all year round . . . to occupy the island. 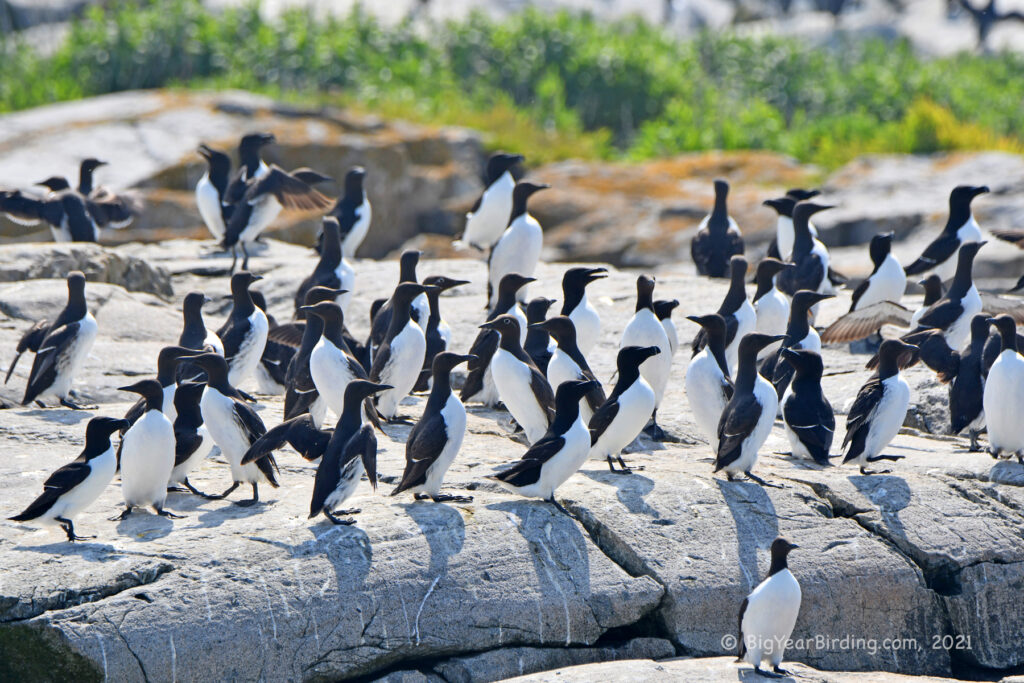 There are even signs . . . billboards really . . . that say something about this being Canadian soil. This is conjecture as the signs are written in French (I think) as I never really got beyond “Oui” and “Bonjour”. 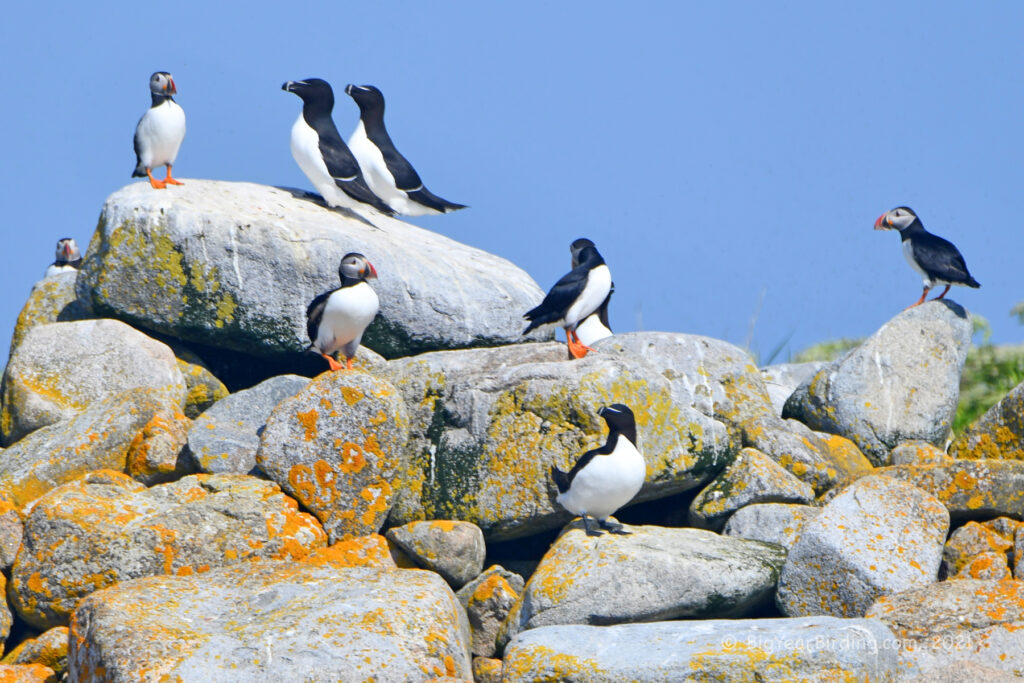 So while I was thrilled to see a Leach’s Storm-petrel on the boat ride out (Maine Big Year Bird #284), all I’ve been able to think about is Prime Minister Justin Trudeau, with his good looks, long hair and his skinny suits . . . mocking the world’s only remaining Superpower . . . with his occupying army of lighthouse keepers.