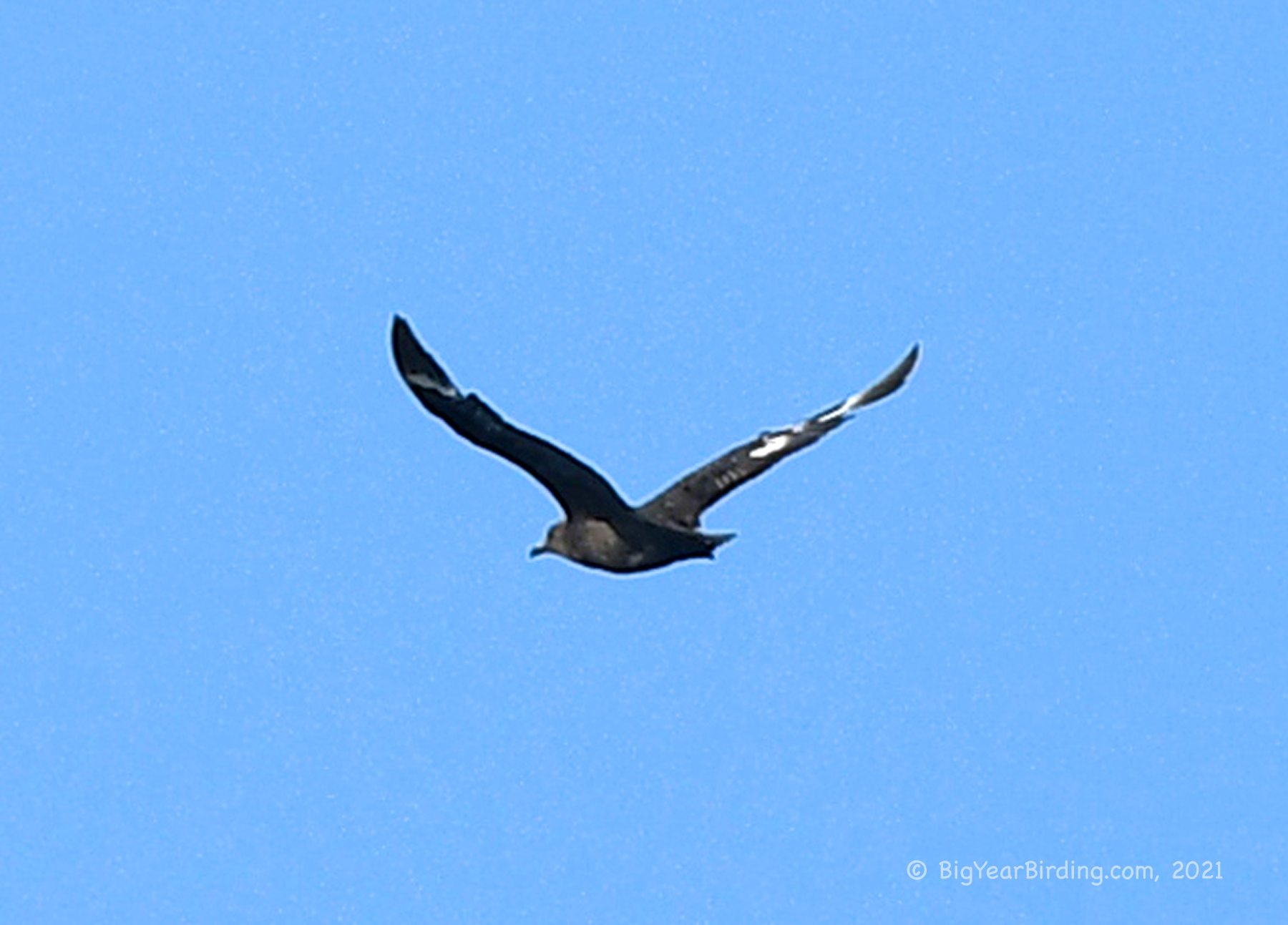 Regular readers of my Maine Big Year Chronicles (Hi Uncle Bob and Aunt Avis), know how important sea birds are.  I’m not talking about the gulls and ducks that prowl the coastline . . . I’m talking about the great ocean going birds that live their entire lives at sea, often migrating halfway around the globe and only coming to land to breed and nest.

Every year there are a handful of pelagic trips in Maine . . . trips for birder that take us far out to sea where Shearwaters, Jaegers and Petrels can be found.  Unfortunately just a handful of trips will not be enough to find all the species of seabirds in the Gulf of Maine . . . so one has to be creative: 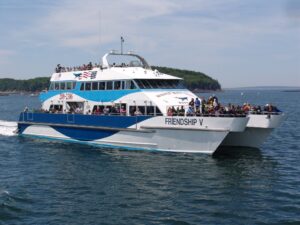 And we jump on an occasional whale watch as seabirds tend to hang out in the same nutrient rich areas of the sea that whales prowl . . . places where ocean mountain ranges create uplifts, bring microscopic life to the surface.

For birders, whale watches are great:

The boats tend to be fast and thus cover great swaths of water (i.e. more birds).

Many seabirds associate boats with food as fishermen throw bait and waste into the sea, so they’ll fly in to see if there is something to eat.

And finally, if a particular cruise doesn’t see a whale (which happens often) . . . everyone gets a free ticket for another birding . . . ah er . . . whale excursion.

So yesterday, Ingrid, a birding friend and I went out on a Bar Harbor Whale Watch . . . hoping NOT to see whales!!!!

And for two hours, we got our wish . . . lots and lots of bird species and absolutely no whales.

The hundred other passengers were getting restless, bored, cold and perhaps a little bit annoyed as the three of us were yelling out the names of birds as they zipped by: “there’s a Wilson’s Storm-Petrel” “to the right a couple more Gannets”  “Is that a Manx or a Great Shearwater?”

And then our friend exclaimed “darn . . . there goes our free ticket”.   A whale spout could be clearly seen on the horizon.

Ten minutes later the Friendship V had slowed to a halt as everyone waited patiently for the whale to reappear.  The crazy birders continued scanning the air and water for avian life when a huge roar came from just a few feet to the right, as four enormous humpback whales surfaced and exhaled.

Everyone went nuts: high-fiving, hugging, laughing and photographing the four mammals  . . . each the size of a bus.  Despite their lack of feathers and the loss of a free birding trip, I had to admit it was pretty incredible and grudgingly I took a few hundred photographs myself.

Suddenly, we birders were snapped back to reality when a powerful dark gray/brown bird with white stripes on the wings flew directly over the boat . . . a South Polar Skua!!!!    This was the dream bird of our trip . . . a rare species that breeds in Antartica and is rarely seen in Maine waters. 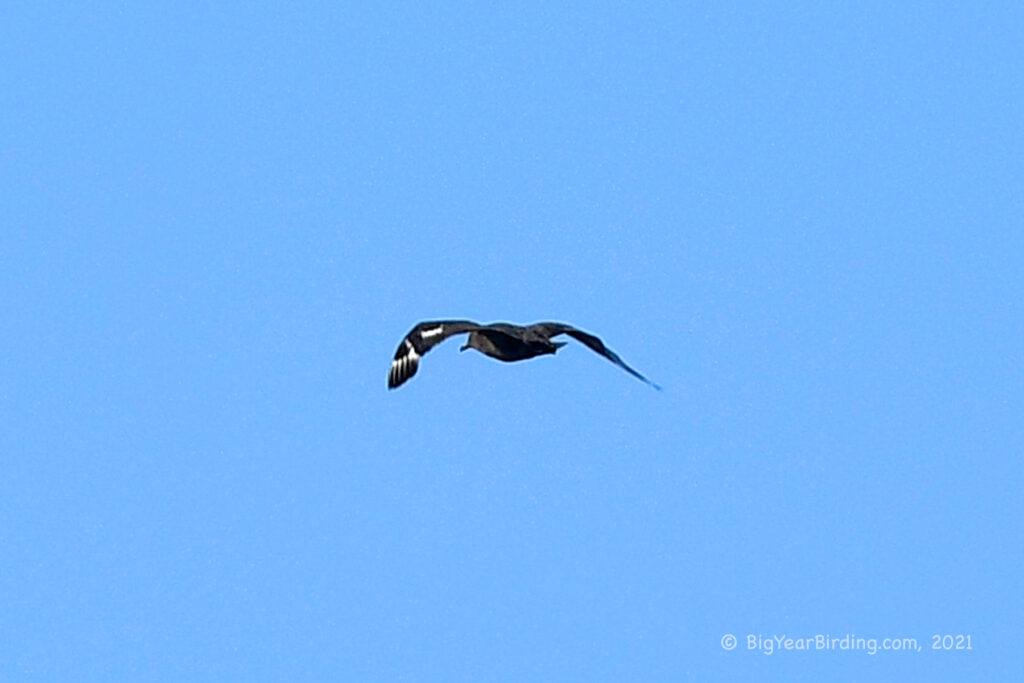 The term “Maine waters” was the key . . . had we crossed into Canada chasing the whales?  Because if the bird was in Canadian waters . . . it wouldn’t count for a Maine Big Year.  I quickly took a GPS reading from my phone with a plan to check the coordinates when we got back to shore.

This story ends well . . . everyone got to see whales (several pods put on an amazing show for over two hours), Ingrid and I got a new life bird (the South Polar Skua) and it WAS in Maine waters!!!!