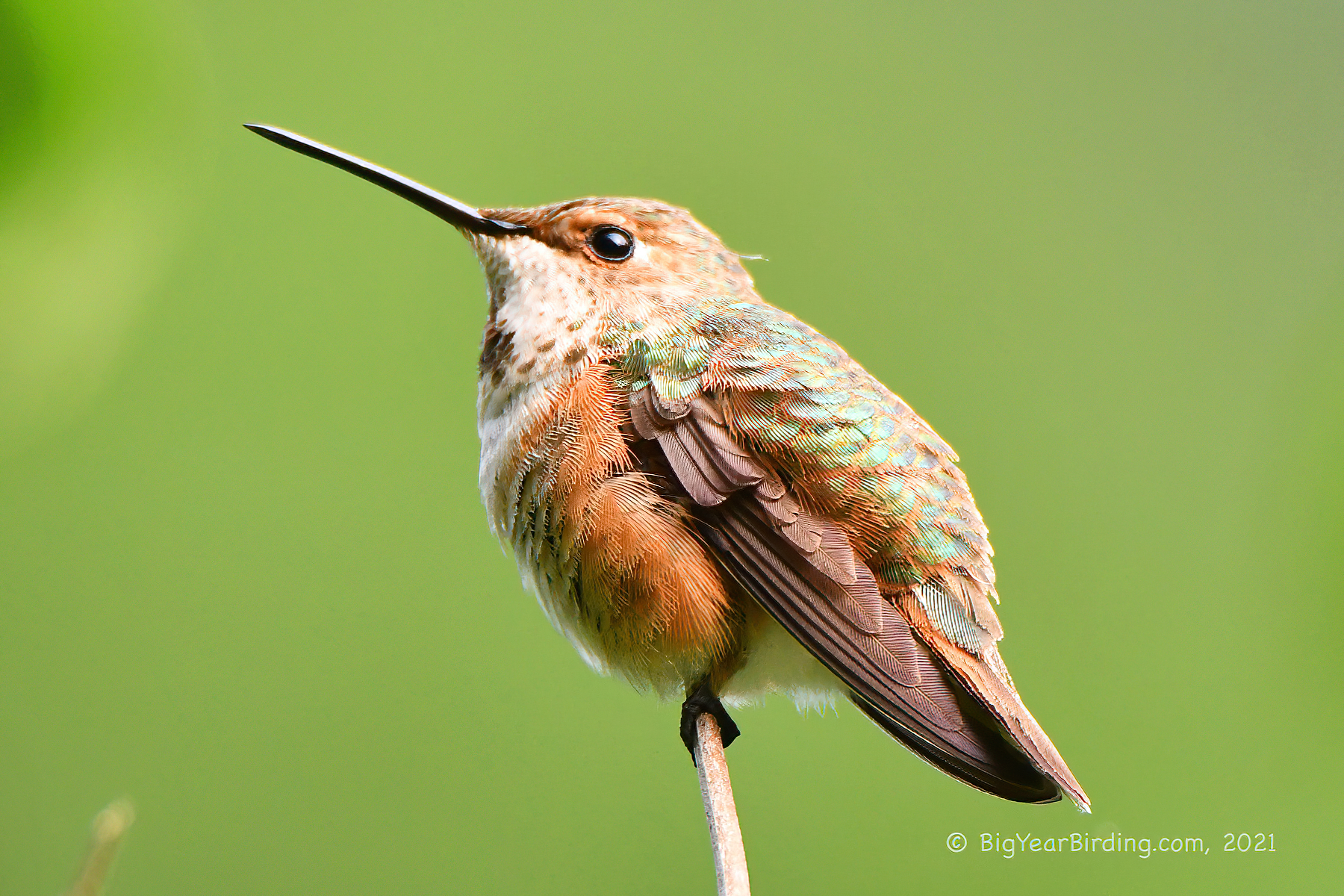 A couple days ago . . . Ingrid and I drove two and half hours north to Bar Harbor for a Whale Watch (excellent birding on Whale Watches) and it was canceled due to rough seas just as we arrived . . . discouraging.

Shorebirds, which should have begun migrating already . . . haven’t begun to arrive in any quantity . . . disheartening.

No one has reported anything rare in weeks . . . disspiriting.

With the Big Year on virtually on hold . . . Ingrid and I spent the day painting her study, moving furniture around and catching up on projects around the house.  Frankly, I was grumpy and tired and then I watched my beloved Red Sox fall out of first place, losing to Tampa Bay . . . suicidal.

Ingrid was reading in bed and I was closing things up before retiring . . . when an e-mail came in from another birder . . . he had a rare hummingbird at his feeder.

I ran up to the bedroom.

Ingrid:  “Wonderful” (you really had to hear her tone to understand the true meaning of “wonderful”)

We got to the property about 6:30 and for the next three hours got glimpses of an Orange-green hummer . . . trying to approach one of the three nectar feeders scattered around the yard.  Maine’s summer resident Ruby-throated Hummingbirds were determined to keep this interloper away from the feeders and we watched numerous aerial dog fights between the species.

There are 15 types of hummingbirds found in the United States but only the Ruby-throated Hummingbird is found regularly on the east coast.  Capable of migrating across the Gulf of Mexico in a single flight (the other species migrate up through Mexico and Texas), the Ruby-throated arrives in Maine in May and is gone by Labor Day.

To see a different Hummer Species in Maine is a big deal!!!

After a bit of study, birders visiting the house determined that the mystery bird was either a Rufous Hummingbird or its nearly identical cousin . . . the Allen’s Hummingbird.

How do you tell the difference?  A notch of a particular feather on its tail (I’m not making this up).

I think we all knew it was a Rufous but it took several hours to get a confirmation photo of the “notched tail feather”. 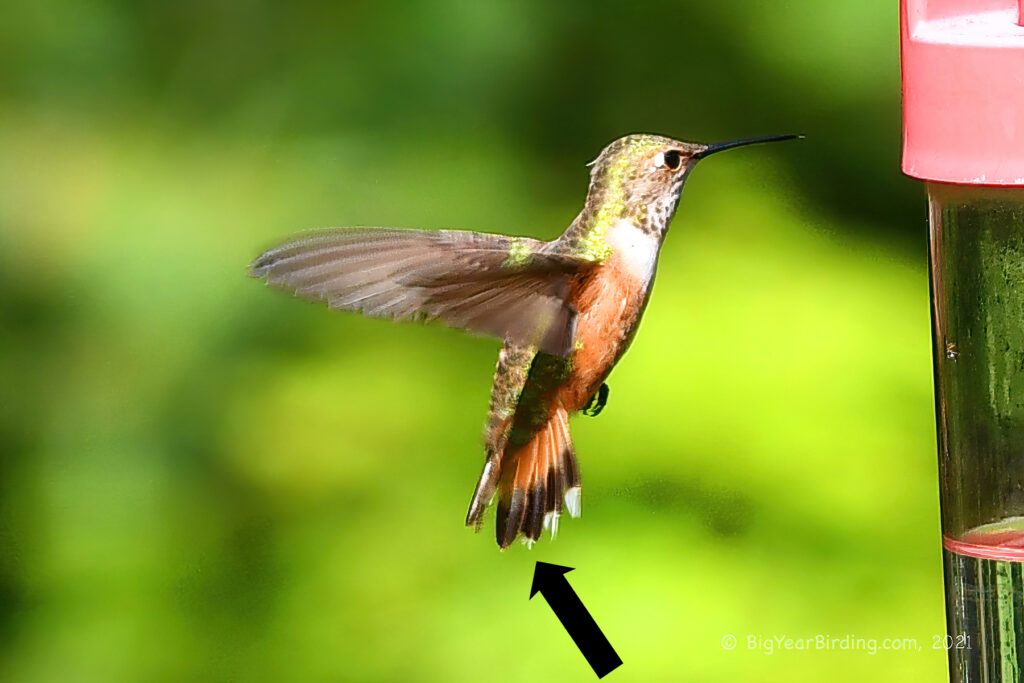 This was Maine Big Year Bird #294.  The homeowner asked me not to report it for 11 days . . . he and his wife left for vacation this morning and he understandably didn’t want crazy birders roaming around his yard unsupervised.

Amazing how a new bird can make one feel better about things!!!!

Now if we could just do something about the Red Sox bullpen.