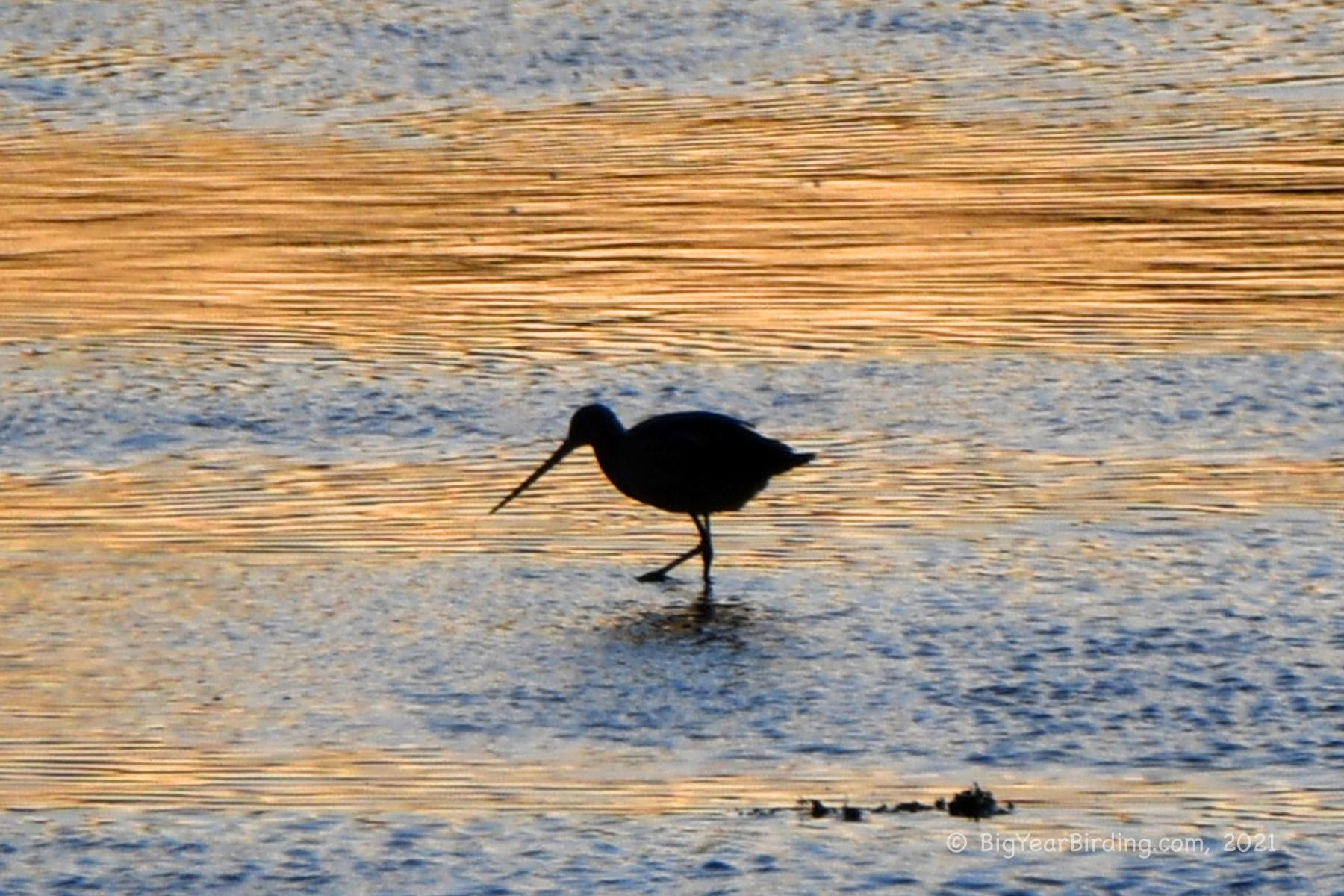 In mid-August, there was a report of forty Hudsonian Godwits flying around Hill’s Beach in Biddeford.  The Hudsonian Godwit is a bizarre looking shorebird . . . about 15″ tall, a rotund beer belly and a huge upturned bill.  It shows up in Maine during fall migration . . . but sporadically and inconsistently.

I rushed down to Hill’s Beach as quickly as I could . . . but the Godwits had moved on.

A few days later I visited Hill’s Beach again and ran into another birder who said he had just seen five Hudsonians an hour earlier.

The next day another birder saw two of them but they were gone when I arrived.

I began to complain to Ingrid how much I hated going to Hill’s Beach . . . which probably was a tad self absorbed . . . considering Ingrid was wearing a mask in a hot 4th grade classroom teaching during a pandemic.

Ok, back to talking about me . . . I pretty much assumed that all the Godwits were well on their way Argentina, their wintering grounds, as the last Maine sighting was two weeks ago.

Then last night around dinner time (we had Tacos!!!), we saw a report of a Hudsonian Godwit feeding on the edge of the incoming tide in Stockton Springs (about two hours away).

Maine has massive tidal fluctuations . . . in some places low tide can reveal a half mile of mud flat which completely fills up with water six hours later.  Locating shore birds with these ever changing waterlines can be challenging . . . plus some birds like incoming tides while others like outgoing.

Ingrid graciously did the math for me (I married above my station) . . . and estimated the best time to get the Godwit was right at dawn this morning.

So I was was up at 3:30 am and on the road by 4:00 . . . pulling in next to the dumpster at a seafood market just as the sun was peeking above the horizon and sure enough there was the Hudsonian Godwit right where Ingrid said it would be.

[CORRECTION – THIS IS A MARBLED GODWIT] 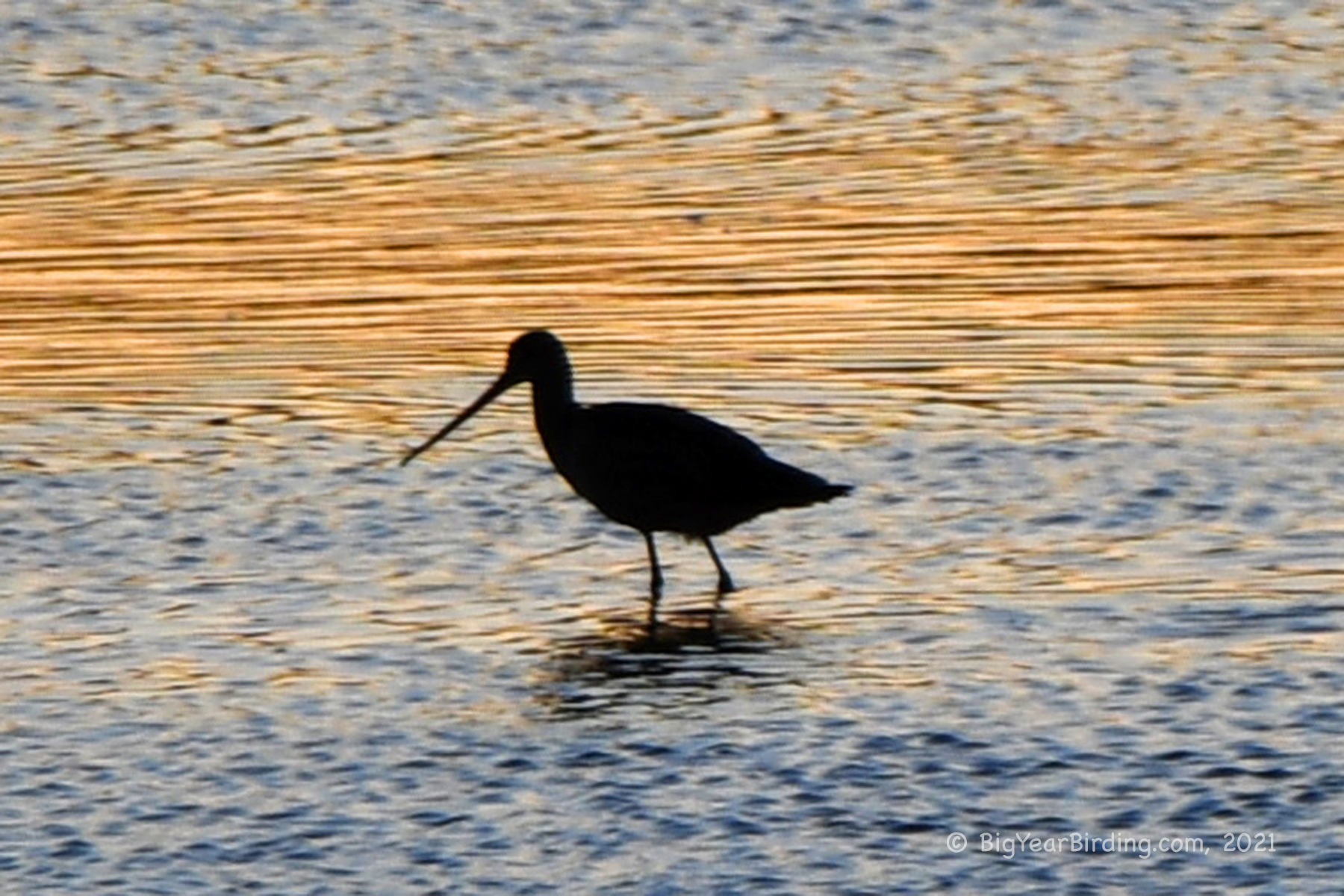