In 2004, the birding community was rocked, when the American Ornithological Union (AOU) decided that the common everyday Canada Goose was actually two species: the large annoying bird that ruins golf courses and a smaller regional adaptation . . . the Cackling Goose.

Basically, the Canada and Cackling Geese are almost identical . . . the later being slightly smaller with a stubby bill and shorter neck.  The 2004 “landmark” decision was based more on DNA than appearance.

While I got my Maine Big Year Canada Goose back on January 1 . . . getting a Cackling Goose in Maine is a real challenge as they reside in the central USA and Canada.

Fortunately, each year a handful of Cackling Geese get mixed in with the huge migrating Canada Geese flocks that move through Maine in the fall . . . stopping in Aroostook County . . . to feed and rest.

Arrostock County is in the very northeast corner of the state, tucked in against the Canadian border.  Sparsely populated and known for its potato harvest . . . most Mainers simply refer to it as “the County”.

Anyway, on Sunday morning I headed up to “the County” to try and find a Cackling Goose . . . but the weather did not cooperate . . . dumping 5+ inches of rain on the area and there were few birds to be found.

I spent the night in a hotel and was up early hitting lake after lake, looking for Geese.   And boy did I find them . . . some lakes with 2000+ birds in them.

My fourth stop was a small pond in Limestone with “only” 40 Canada Geese in it . . . but more birds seemed to be arriving . . . so I sat in the car and waited.  After two hours, the pond had 365 Geese in it when two smaller birds landed in the middle of the pond . . . Cackling Geese!!!! 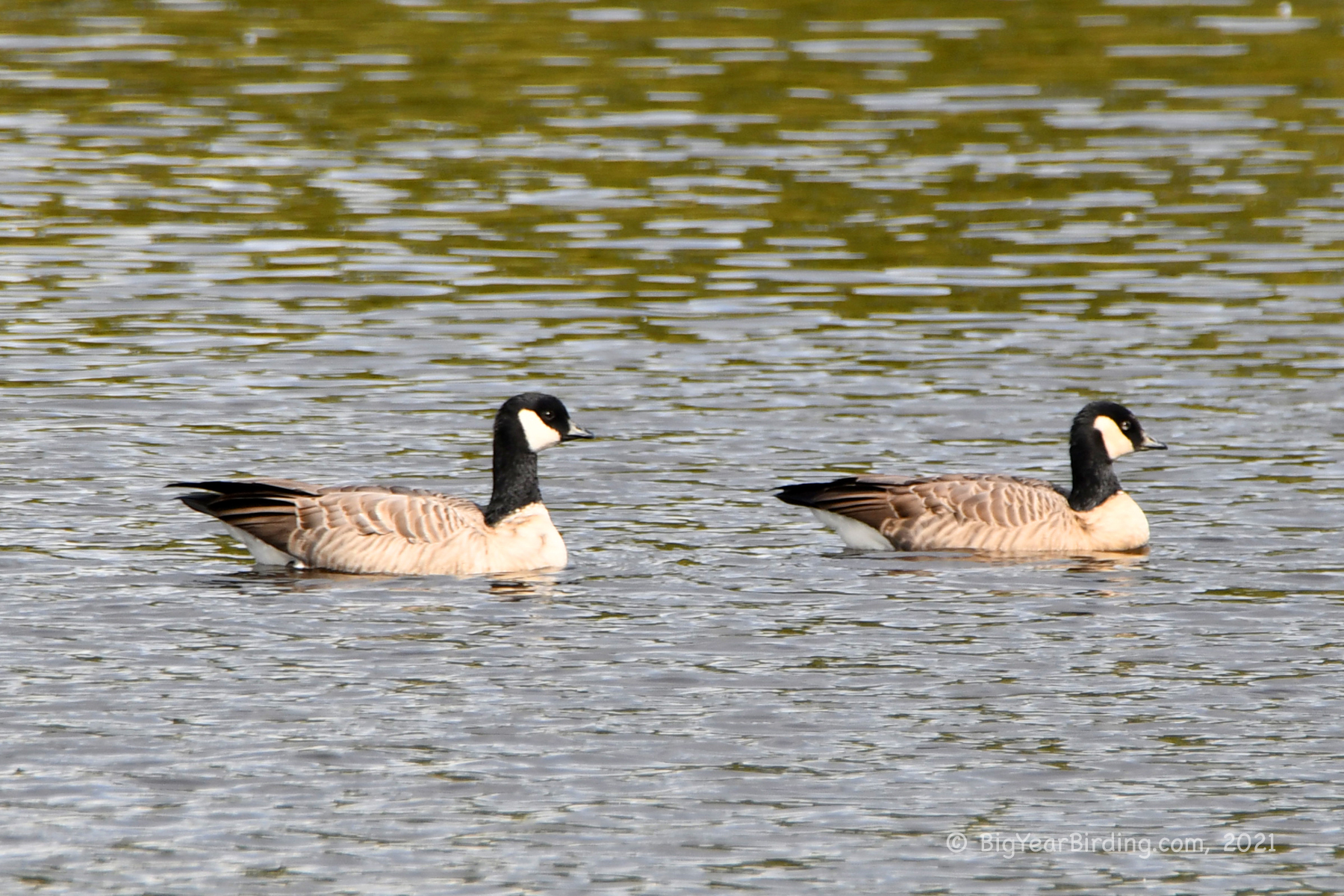