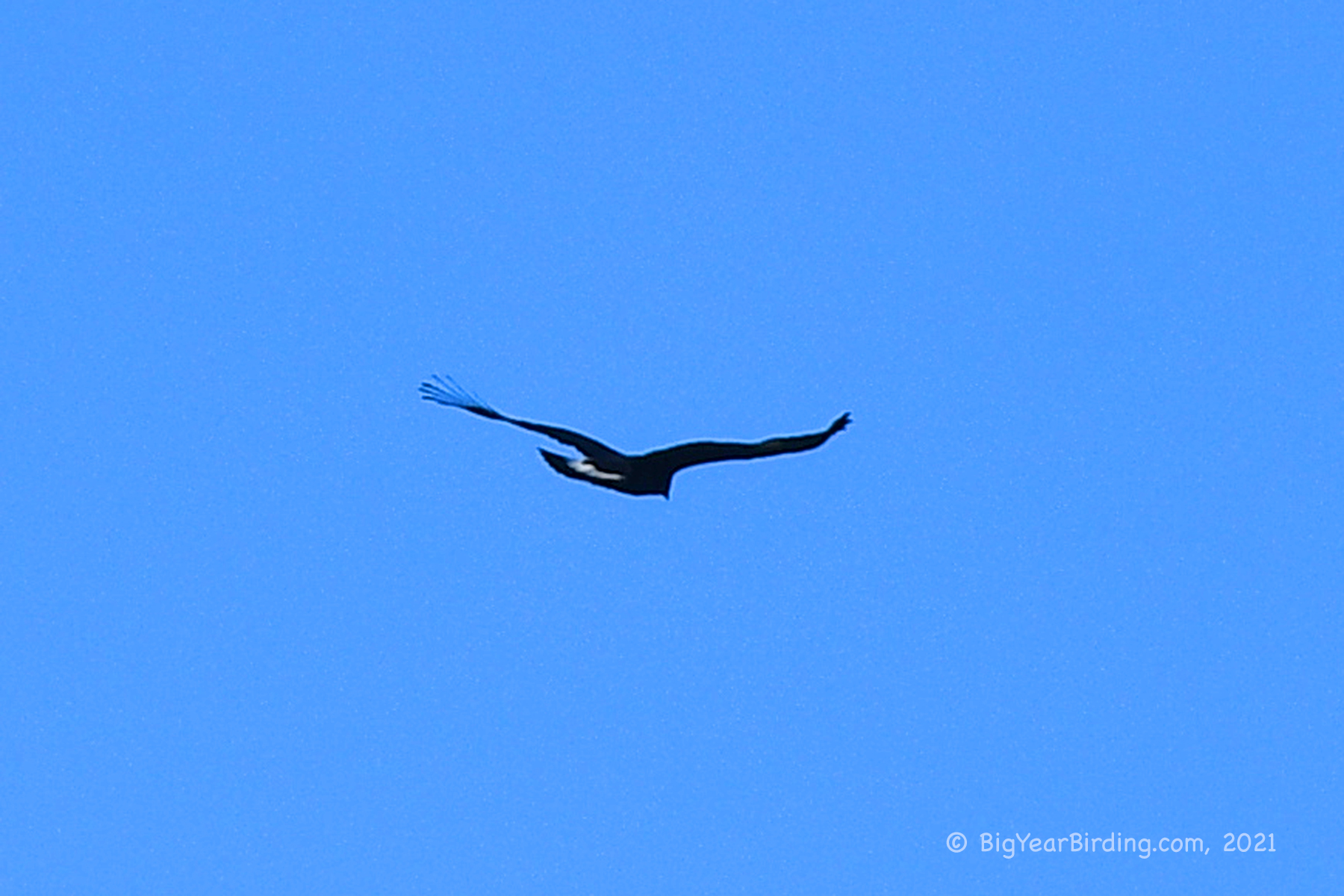 I think I saw my first Bald Eagle when I was about thirty. Back then, before the internet and indoor plumbing, DDT was prevalent in the environment making Eagles shells both thin and brittle . . . causing the eggs to shatter long before the eaglets were ready to hatch. 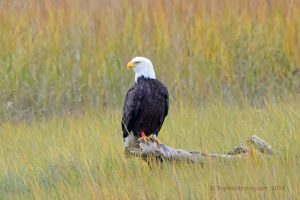 After DDT was banned, the Bald Eagle population made a dramatic recovery.  Our national bird is now sometimes considered a problem bird, as foraging Eagles are preying on Gulls, Tern and even Puffins on Maine’s off-shore nesting islands.

But there is another Eagle that is occasionally seen in Maine . . . the Golden Eagle.

Golden Eagles are common west of the Mississippi River but their once coast to coast population never recovered from DDT.   Every year, one or two Golden Eagles are seen moving north or south through Maine during spring or fall migration but sighting one is considered a great find.

There are reports of a small number of Golden Eagles breeding in upstate New York and I had a theory a strong wind in the fall might push a young migrating Golden east into Maine.

So this morning I sat at the top of Mt. Agamenticus in York getting buffeted by 25 mph wind coming from the northwest (it was cold) and after three hours I saw my quarry soaring off to the west.  My photos weren’t great but good enough for a confirmation by the Ornithological types that know what they are talking about (my goal in life). 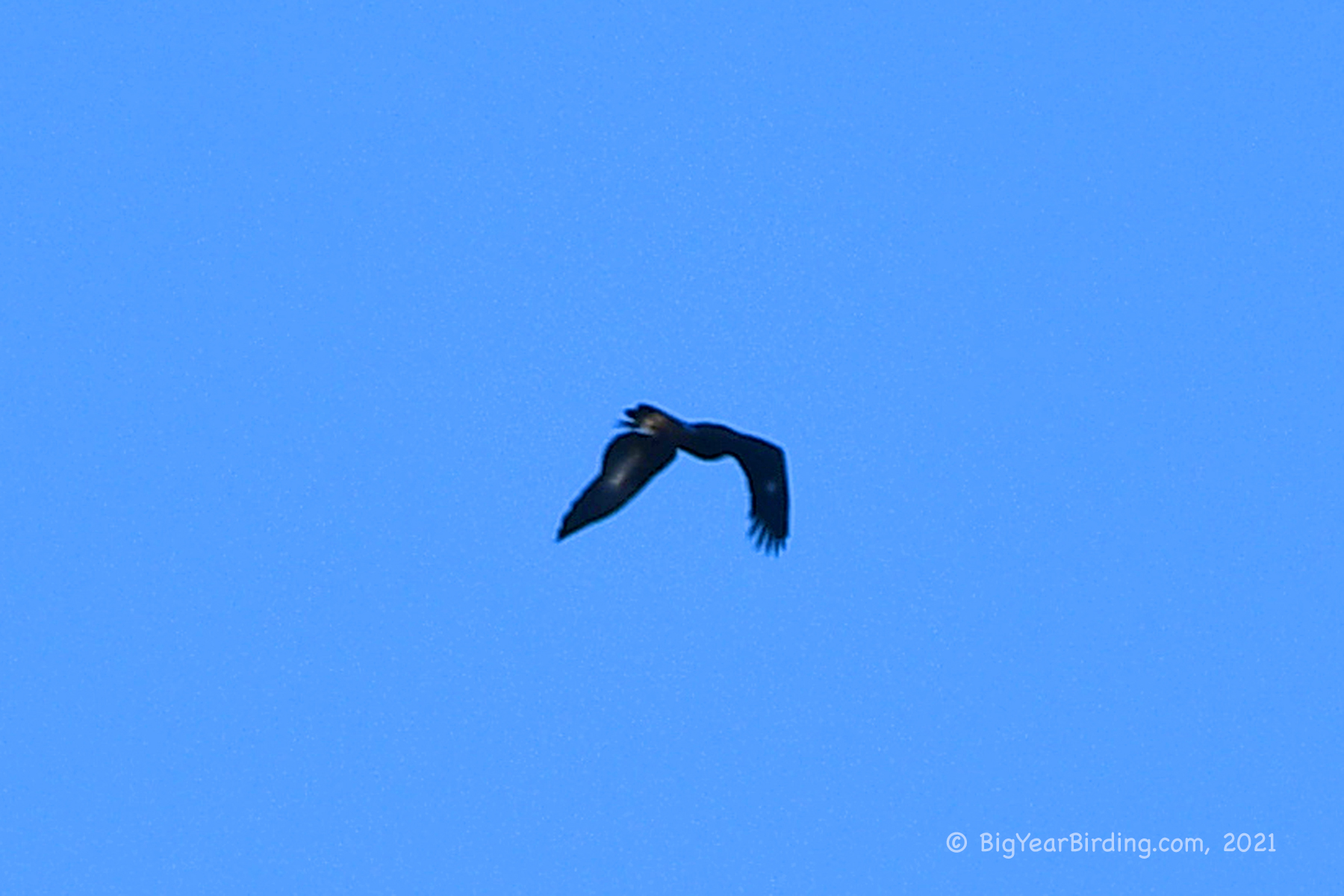