Home / The Things One Finds Birding

The Things One Finds Birding 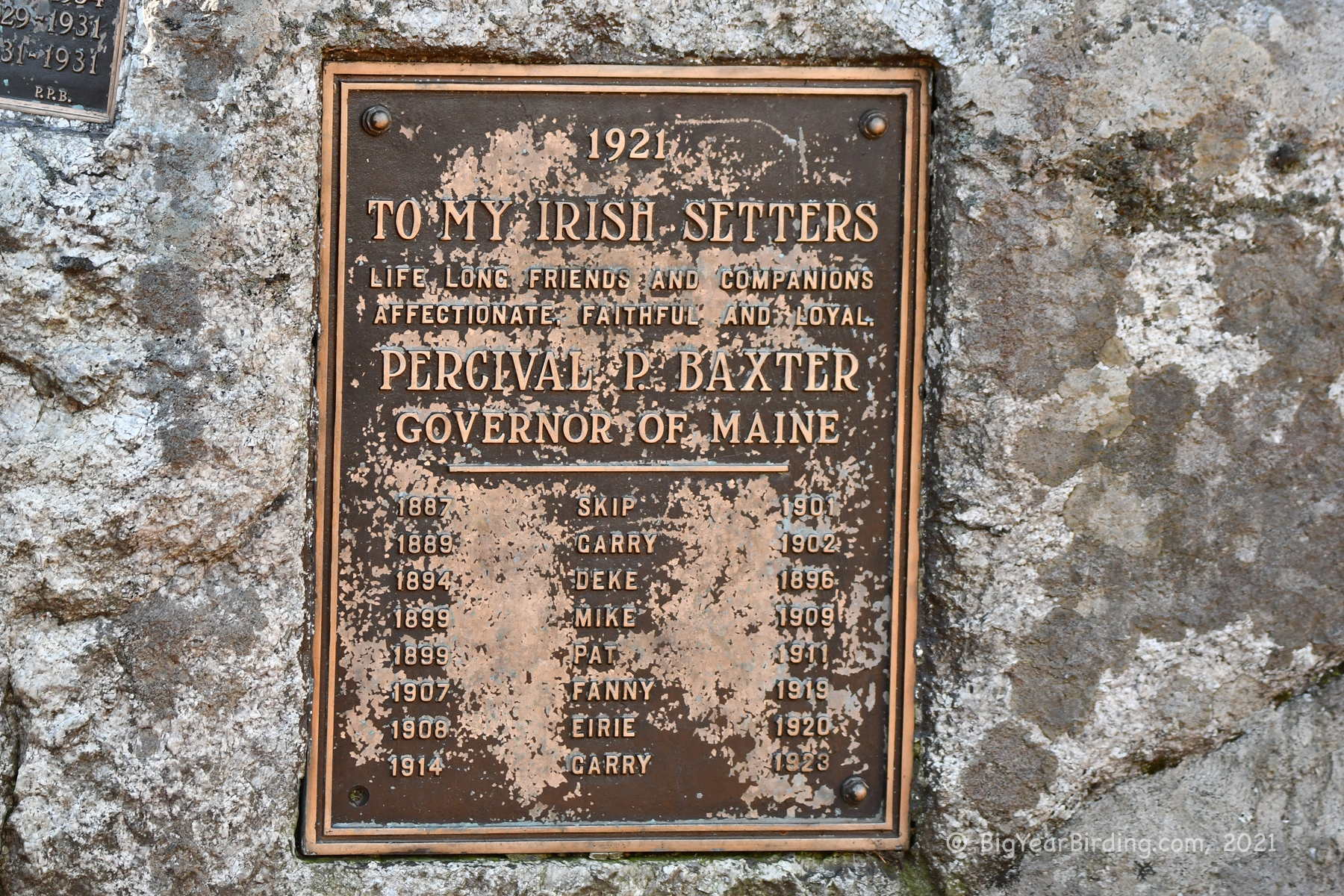 The things one finds birding . . .

This afternoon, Ingrid and I were out birding on Mackworth Island, a 40 acre, causeway accessible, wooded state park just north of Portland. In 1943, Maine Governor and Philanthropist Percival P. Baxter deeded the island to the state. The island is also home to the Governor Baxter School for the Deaf.

There is a wonderful trail circling the perimeter of the island and we saw a terrific selection of seabirds, a seal and the ever present Black-capped Chickadees.

On the backside of the island, we came upon the Percival Baxter Pet Cemetery. Apparently as part of the land grant, the Cemetery is to be maintained in perpetuity by the State of Maine. The cemetery is the resting place for the former governor’s fourteen Irish Setters and one of his horses. The site has multiple bronze markers and gravestones, all enclosed with a circular stone wall. We had no idea it was here. 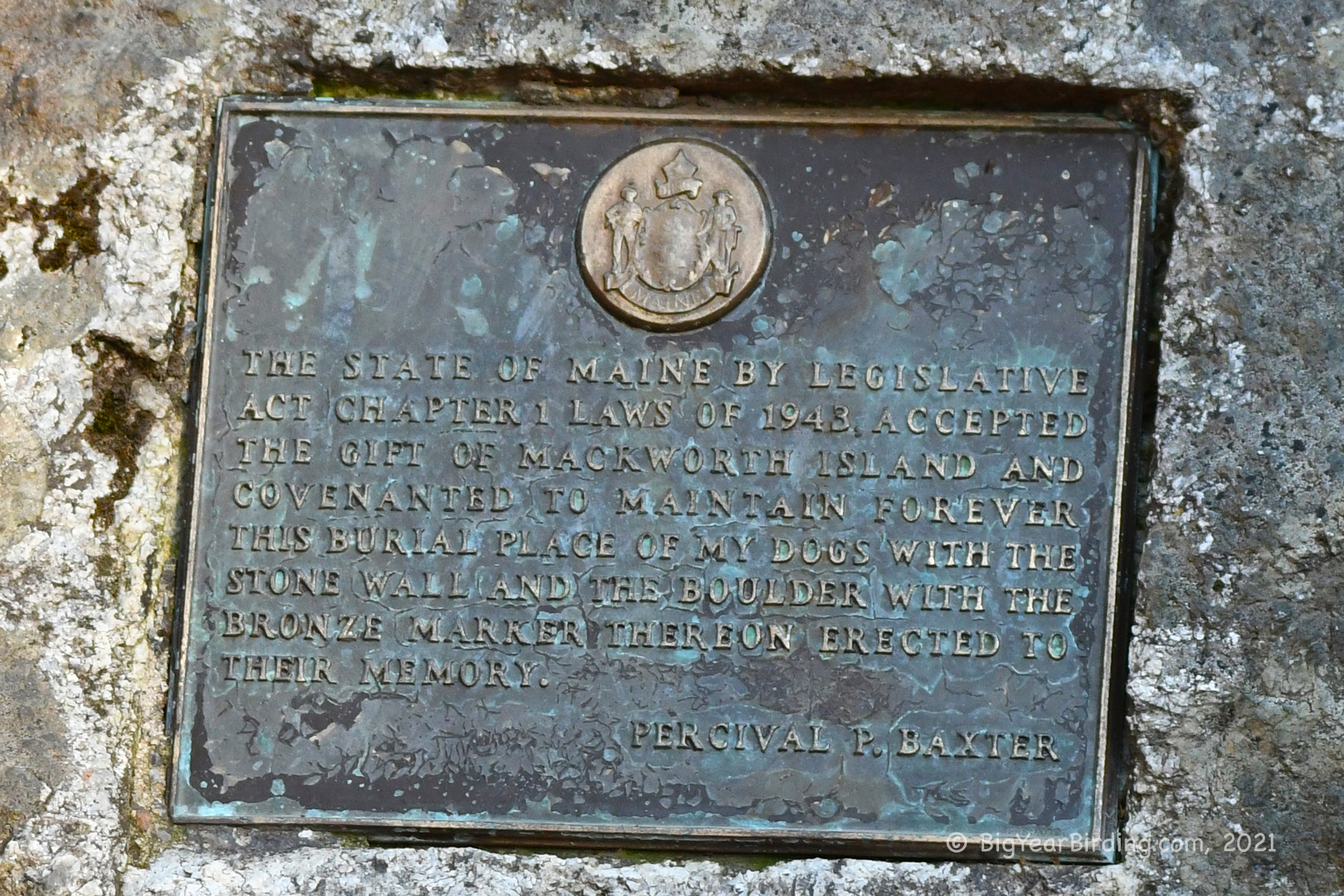 On the walk back to the car, we found an Orange-crowned Warbler . . . a difficult to find late season migrating bird. It also was Ingrid’s 297th Maine bird of the year, pretty impressive for someone with a full time job. If she can get three more birds before the ball drops at midnight on New Years Eve . . . she’ll be the 8th birder to break the 300 barrier!!! 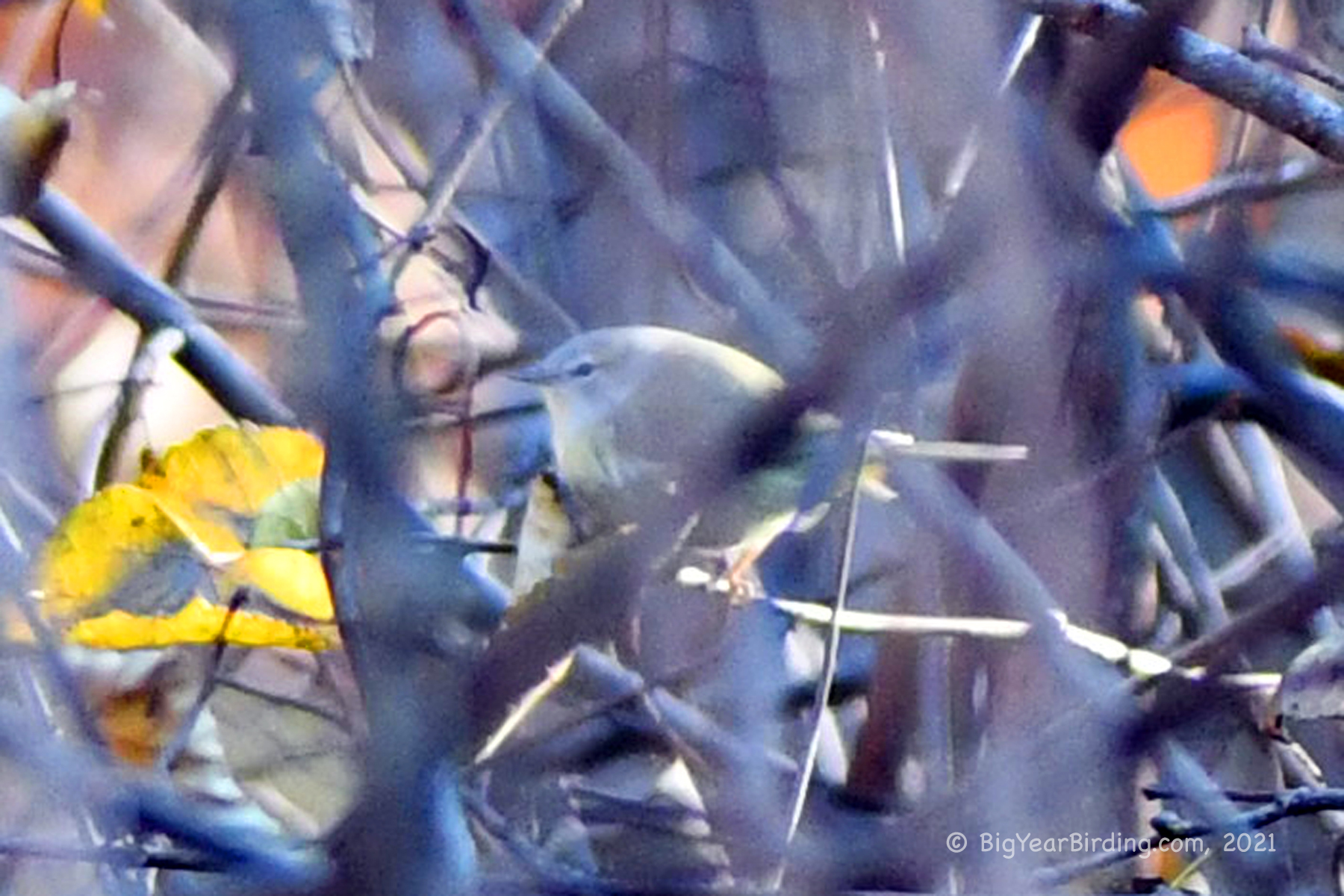