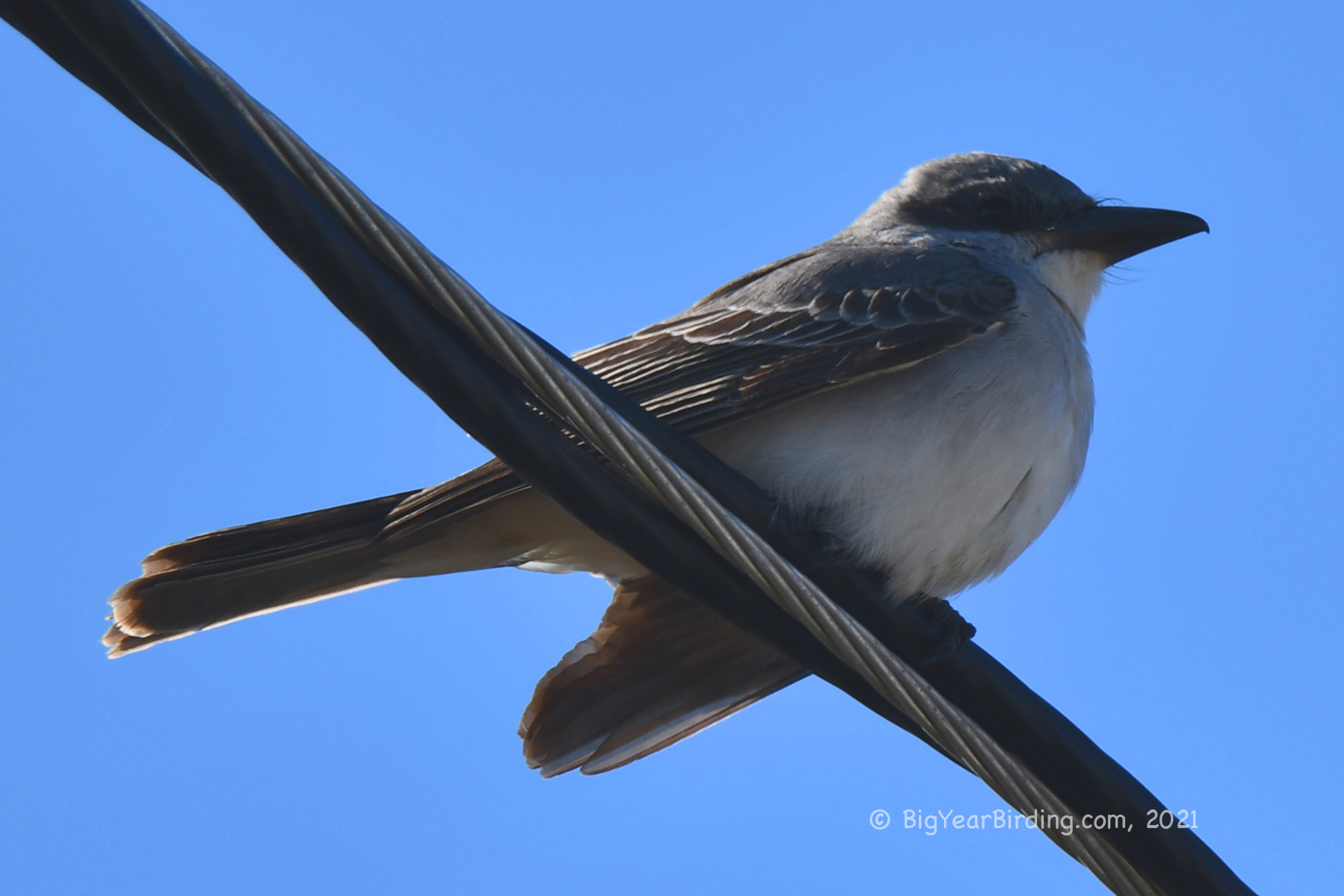 Christmas is coming and I really haven’t done much shopping, so this morning I committed to no birding and jumped in the car with the best of intentions . .  . this year I’m not waiting till the last minute.

Then a text came in from Ingrid: “Grey kingbird in Biddeford”.

Ignoring her obvious spelling error (it’s a “GRAY” Kingbird) . . . what the hell was a Gray Kingbird doing in Maine during December????  They are a bird of the Caribbean, with a small part of their population breeding along the Georgia and Florida coasts before retreating to the tropics in the winter (doesn’t that sound nice right about now).

Once the word went forth, every birder in the state that could skip out of school or work was heading toward Fortunes Rock Beach.

Due to my certain flexible attitude toward traffic laws, I was the first to arrive, but within 10 minutes there was a half dozen bird nerds wandering around the neighborhood and more were arriving by the minute.  I always wonder what its like in an unsuspecting community to have strangers walking up and down the street, staring into yards with binocular and large telephoto cameras.

It was very windy and cold and no one was very optimistic that the Gray Kingbird would still be hanging around, but the birding militia spread out around the area . . . with the tacit agreement that we’d spread the word if it was found.

In a rare moment of clarity, I realized Kingbirds eat insects and there probably aren’t a lot of insects flying around on a cold December day in Maine . . . especially in the trees.  But, in places along the beach where seaweed has washed up and begun to decay (called a rack or wrack), there are always insects, often biting fleas.  So while everyone else was scanning the trees, I decided to take a stroll up the beach looking for clumps of rotting sea weed (birding is so glamorous). 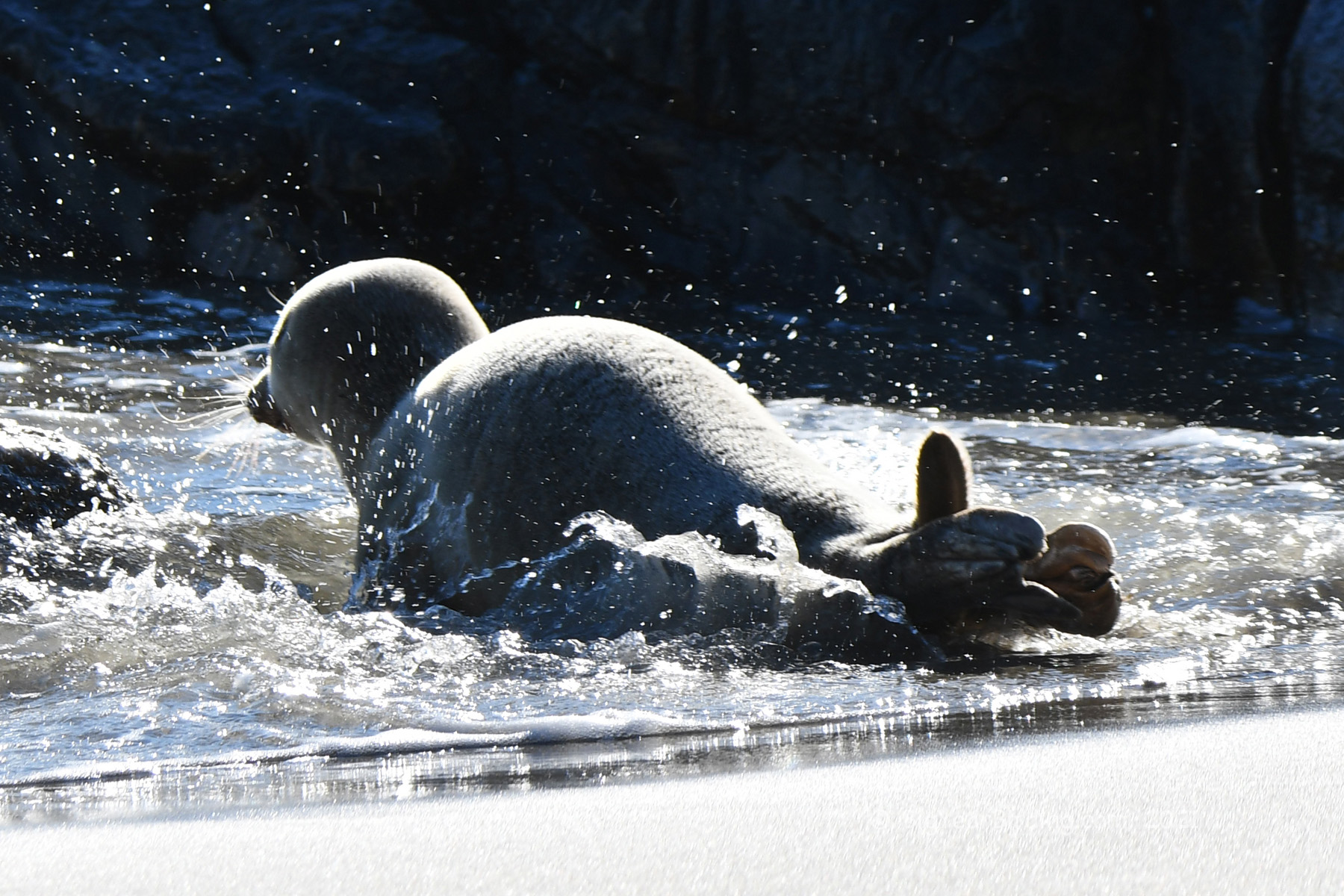 After almost tripping over a baby seal that I thought was a rock (not making this up).  I found a couple nice wrack of weeds and the second one yielded our quarry.

I startled the bird and he flew to a split rail fence near a beach front home.  This time he let me approach.  I took some photos and started calling the other birders who arrived a few minutes later.

At this writing, the Gray Kingbird is reportedly still chowing down on seaweed bugs.

Tomorrow, I’m gonna get to my Christmas Shopping . . . I promise!!! 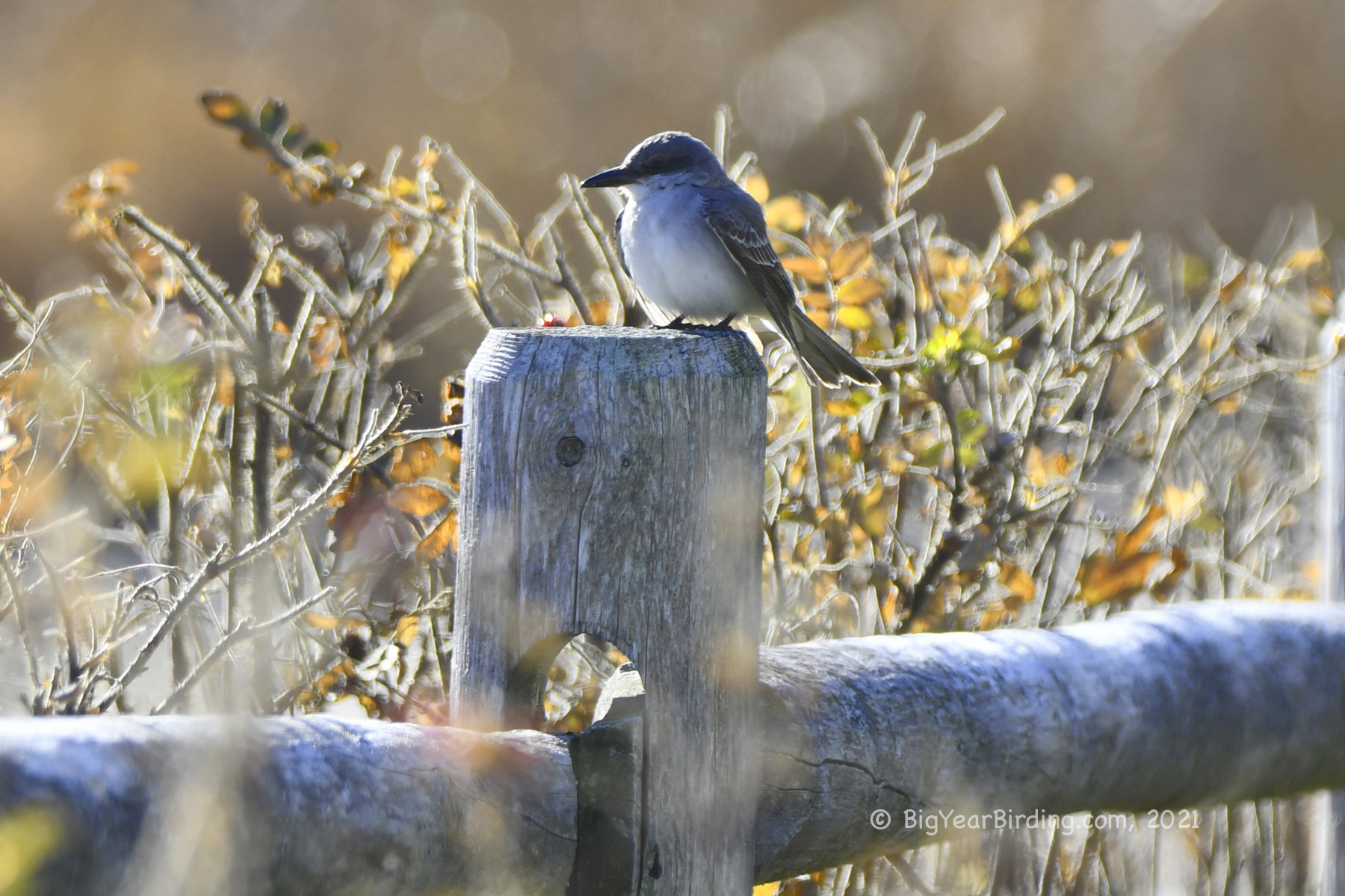