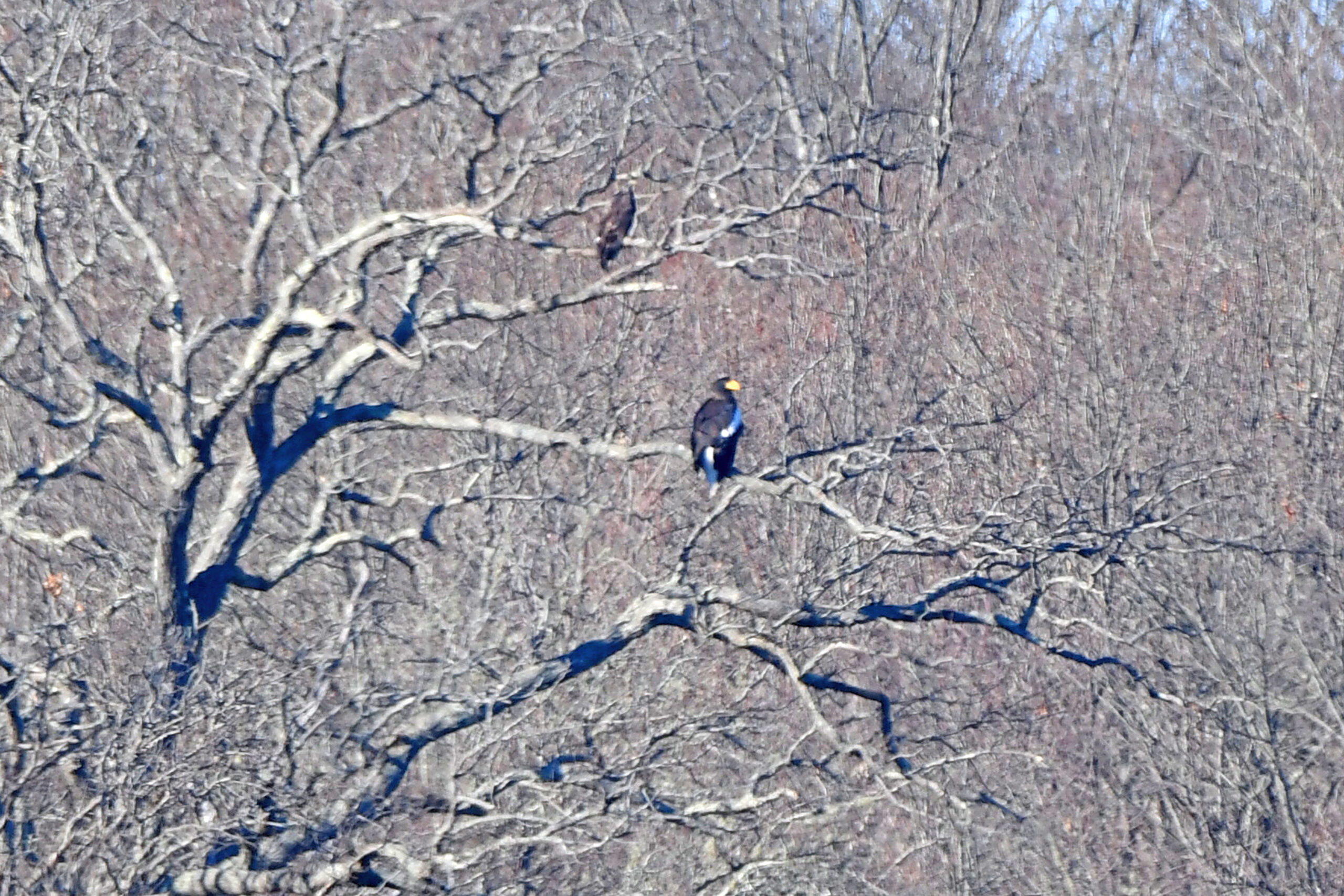 Steller’s Sea-Eagle at a distance. Note the much smaller Bald Eagle

The Steller’s Sea-Eagle is one of the world’s largest and rarest raptors.  A glacial relict, it evolved over several ice ages . . . breeding along the east Russian coast  and wintering in Korea, Japan and northern China.  Occasionally one is seen over Alaska’s Aleutian Islands and the Bering Straight, but this is an Asian bird of the Russian ice.

Then last spring, just south of San Antonio, Texas . . . a Steller’s Sea-Eagle was photographed on a snag by a creek.  This is analogous to a Polar Bear taking a bath in the Rio Grande.  Birders searched the area for days, but the Steller’s Sea Eagle was gone.

Then in July, the same bird showed up in Quebec for a few days; reappeared in New Brunswick for a few more; before being seen in Nova Scotia in November.

My Maine Big Year and pandemic travel restrictions prevented me from trekking to Canada for this once in a lifetime bird.  I have read so much on the Steller’s Sea-Eagle over the years, and it’s remote Russian habitat.  The Canadian Maritimes were so close but just not practical.

Then this morning, the Russia Raptor was reported in Somerset, Massachusetts, just north of the Rhode Island border.  This bird wouldn’t count toward the Maine Big Year count . . . but was a bird I had to see.

By the time I arrived, the Eagle had moved to Dinghton Rock State Park where I was joined by 150 plus birders from New York, Connecticut, Rhode Island, Maine and of course Massachusetts.  “My people” were set up on one side of the Taughton River with scopes and cameras pointing at the wayward bird, on the other side of the river.  The Stella’s Eagle was perched in a tree, surrounded by much smaller Bald Eagles.

Not great photos (the bird was a quarter mile away), but to see this Russian Rarity, a bird I’d never thought I’d see in the wild is one of my greatest birding thrills!!!!