Home / Ending the Maine Big Year with a Bang!!!

Ending the Maine Big Year with a Bang!!! 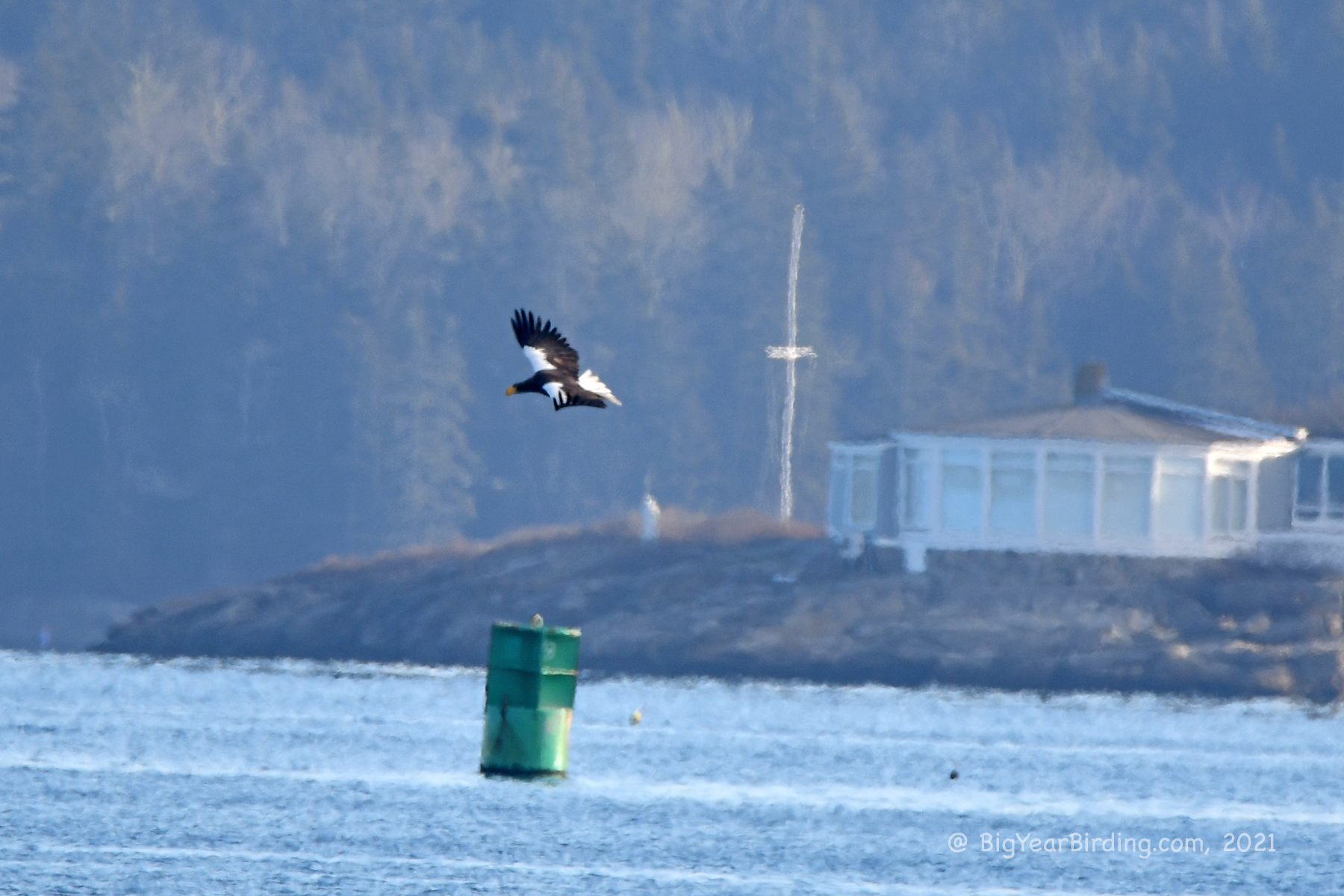 On the day after Christmas, a friend from college, Dave Bailey (we are friends no matter how much he tries to  deny it), asked me: “Five days left….any more ”white whales” you hope to catch before the clock runs out?”

I hadn’t had a new bird since December 3, didn’t have any real leads, and I paraphrased TS Eliot, “the Big Year will end not with a bang but a whimper.”

Then late yesterday afternoon an incredible thing happened, a couple looked out the window of their Five Islands home (just south of Reid State Park) and saw a Steller’s Sea-Eagle was perched in a tree.  This is the same Russian bird that had appeared in Texas last spring, Nova Scotia in the fall and in Massachusetts 10 day ago.  It has been written up in the New York Times, the Boston Globe and NPR.

I had trekked down to Massachusetts to see this once in a lifetime bird, but had no real expectation that it would turn north into Maine, let alone be 30 minutes from our house.

But seeing this bird in Maine would “count” toward my Big Year total.

Unfortunately, it was gone when we got to Five Islands, and it was too dark and foggy to do much searching.

This morning, seemingly every birder in the northeast piled into mid-coast Maine hoping that this bird of the Russian Ice could be re-found.

I decided to search Westport Island, which is close to our home and just across the Sheepscot river from the point where it was last seen. I found lots of Bald Eagles but not it’s giant Asian cousin.

Then my phone range, it was Matthew Gilbert, a High School Senior who was Maine’s top birder in 2020, identifying 298 Birds, all before getting his driver’s license (thanks Mom!!!). 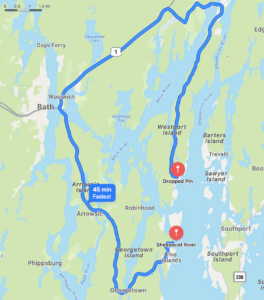 I swung through Wiscasset and picked Ingrid up.  We then, drove a consistent 20 mph over the posted speed limit, arriving in time to see the rarity at the end of an icy frozen road.   We were joined by at least a hundred birders from around the northeast . . . until the homeowner told us all to get off his property.

Anyway, what a thrilling way to end the Maine Big Year.  My final total was 324 birds which surpassed the old record of 317, set in 2017.

Ingrid ended up with 303, which puts her 7th on Maine’s all-time  list.

I made twenty-two boat excursions, including whale and pelagic trips out of Boothbay and Bar Harbor, numerous ferry trips to Monhegan and Peaks Islands, chartered a lobster boat to see the Red-billed Tropicbird and several more.

The 324 Maine Big Year Birds were identified in 83 different municipalities.  The  northern-most bird was a Pink-footed Goose in Limestone.  The southern-most a Gray Catbird at Kittery Point. East and West were a Painted Bunting and a Brown Thrasher in Lubec and Fryeburg respectively. 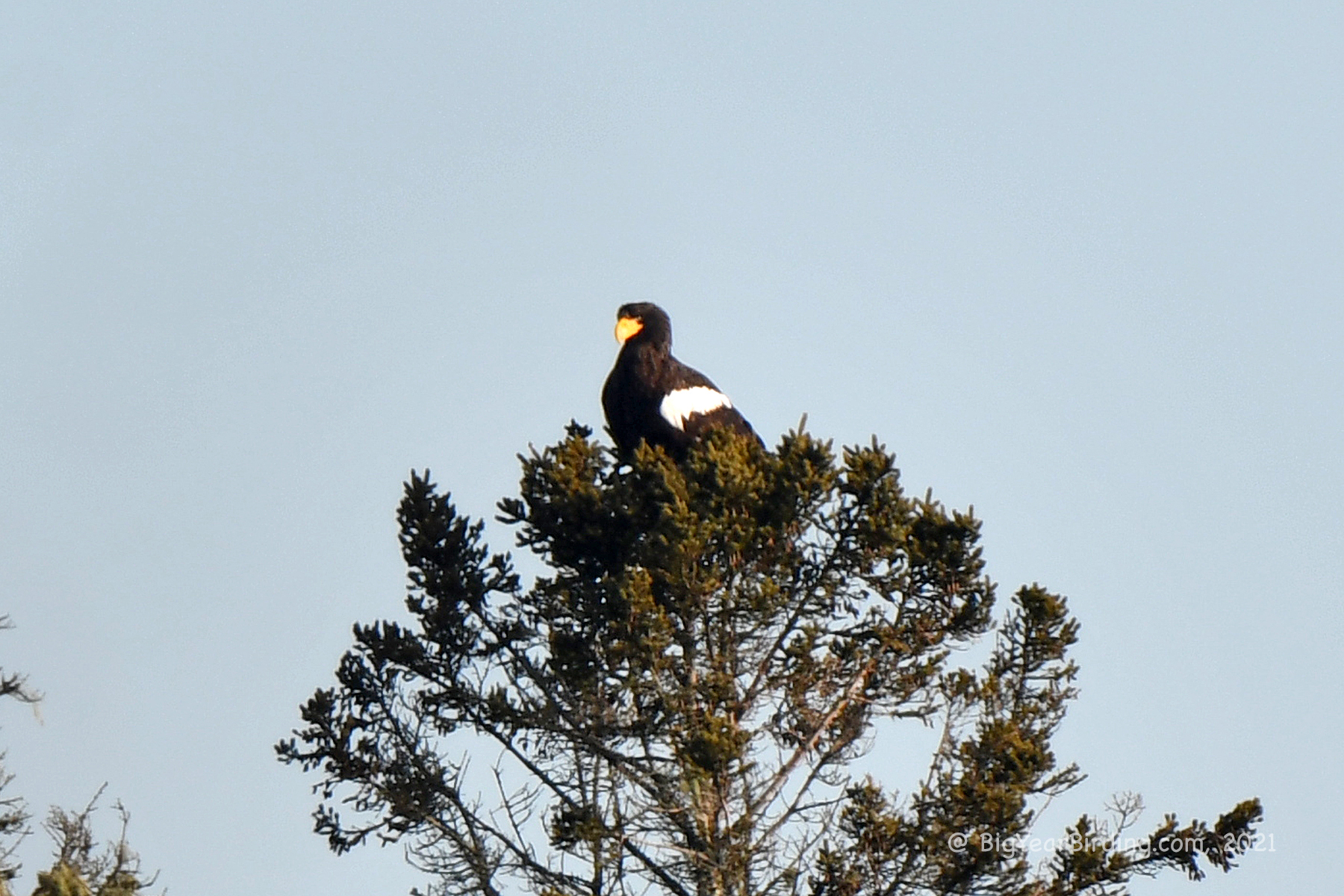