Home / Every Bird in Maine – A Coffee Table/Photo Book

Every Bird in Maine – A Coffee Table/Photo Book 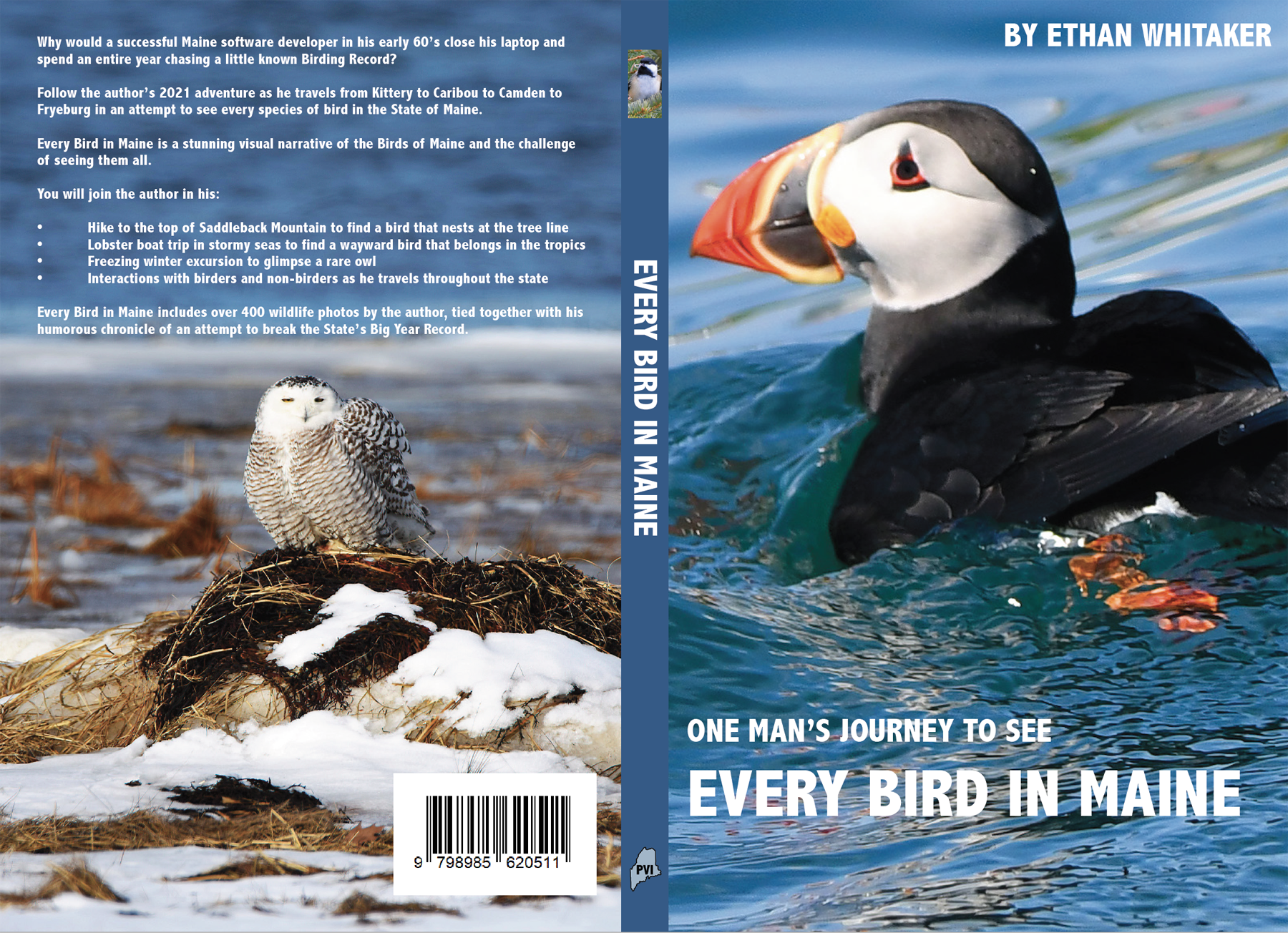 Every Bird in Maine

Why would a successful Maine software developer in his early 60’s close his laptop and spend an entire year chasing a little known Birding Record?

Follow the author’s 2021 adventure as he travels from Kittery to Caribou to Camden to Fryeburg in an attempt to see every species of bird in the State of Maine.

Every Bird in Maine is a stunning visual narrative of the Birds of Maine and the challenge of seeing them all.

You will join the author in his:

In 2011, 20th Century Fox released “The Big Year”, a comedy starring Steve Martin, Owen Wilson and Jack Black.  The movie was characterized as a box office failure and was quietly retired to the rear of various movie streaming services.

One evening while watching HBO, the author stumbled across “The Big Year” and thoroughly enjoyed the story of three ‘competitive’ birders, striving to see the highest number of North American bird species in a calendar year. 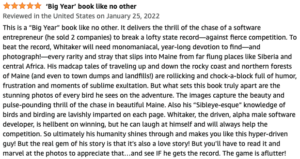 At the time, his knowledge of birds consisted of those that visit his feeders and the Bald Eagles and Ospreys that patrolled the river by his Wiscasset home.

A few months later, the author met Ingrid, a beautiful 4th grade teacher who was also a birder.  He was smitten from the moment he met her.

In a desperate effort to impress Ingrid, on their second date he took her to a marsh where he had seen dozens of Snowy Egrets the previous September.  The author had no idea that they had all migrated south four months earlier.

Despite his birding ignorance, Ingrid continued to date him, and they married a year and a half later.  Over time, their shared birding excursions became far more successful.

Ingrid patiently taught the author how to identify different species, bought him a decent pair of binoculars, took him to birding festivals and slowly created a birding addict. 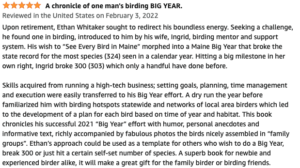 By 2015 the couple began taking their vacations at birding hotspots in Texas, California, and Arizona.  They would rush out the door every time a rare bird was spotted and spend all of their free time in marshes, bogs and at shorelines.

A few years later, the author asked Ingrid how she would feel about him doing a ‘Maine Big Year’ in 2021, spending an entire calendar year seeing how many species of birds he could find.   To do it right, he’d have to retire early, get his bad knees replaced, and spend even more time training for his Big Year.

Ingrid immediately said, “I think you should do it!!!”

Every Bird in Maine is a memoir of that Maine Big Year adventure.  The state record sat at 317 species.  Could he find 318?