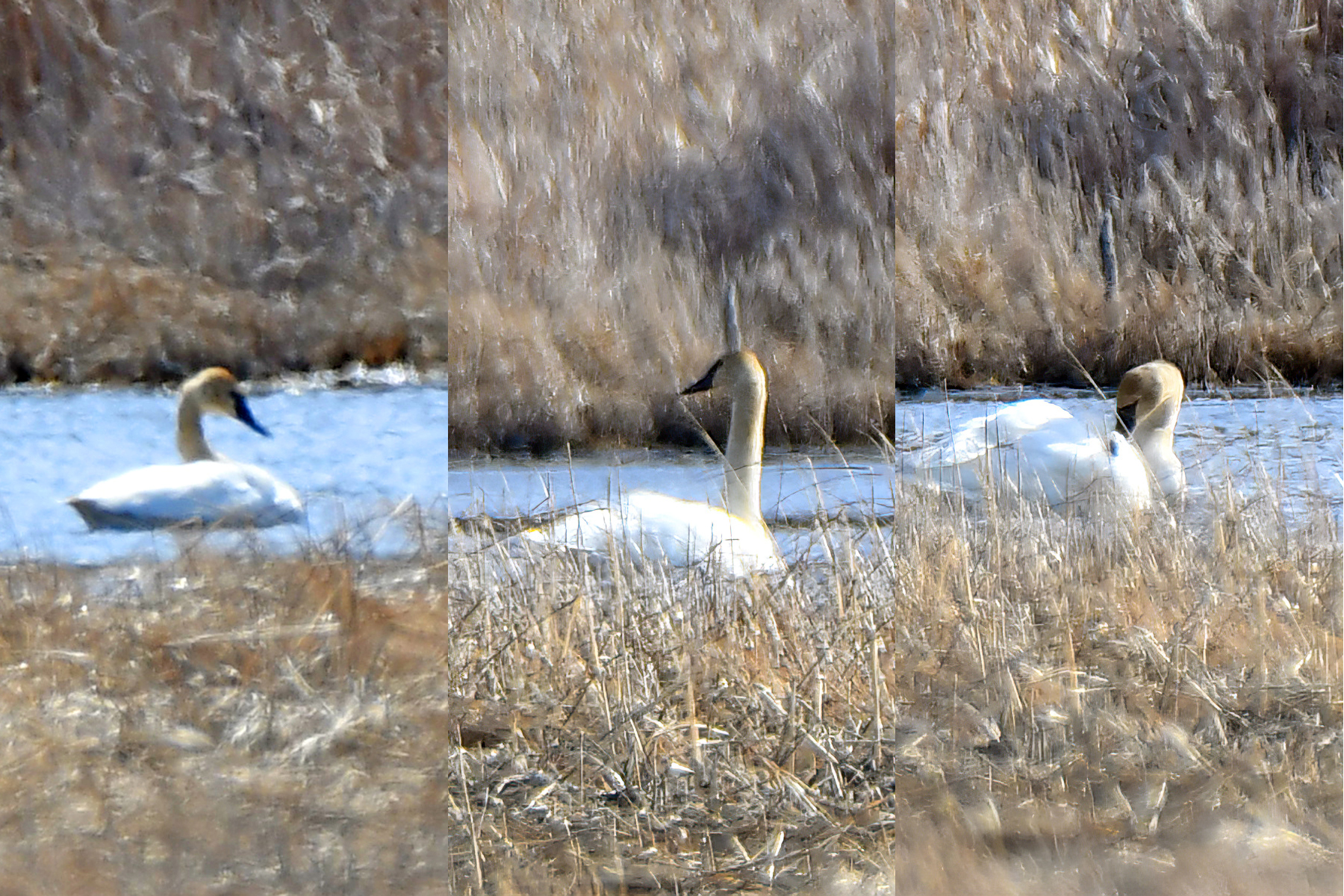 For the first time in ten years, yesterday a Trumpeter Swan showed up in Maine.

Once thought to be nearly extinct, the enormous Trumpeter was heavily hunted for food and  feathers.  In the early part of the last century, the population was thought to be down to 70 bird in a remote corner of Yellowstone Park.

Then in the 1950s, several thousand Trumpeters were seen from the air on Alaska’s Copper River.  These birds have been used in reintroduction efforts across North America.  Yesterday’s visitor probably came from the growing population along the Great Lakes.

Yesterday morning a local television station was at our condo, graciously interviewing me about last year’s Maine Big Year and my book Every Bird in Maine, when the report of a Tundra Swan came in.  When the interview ended I rushed over to see the Tundra only to be delighted to find that it was actually a Trumpeter!!!

Unfortunately, the bird was very distant, making it difficult to photograph.  It also spent most of its time with its head tucked.  I watched it for an hour and then returned for another hour with Ingrid in the late afternoon.

The Trumpeter Swan was seen flying off around 6:30 pm.