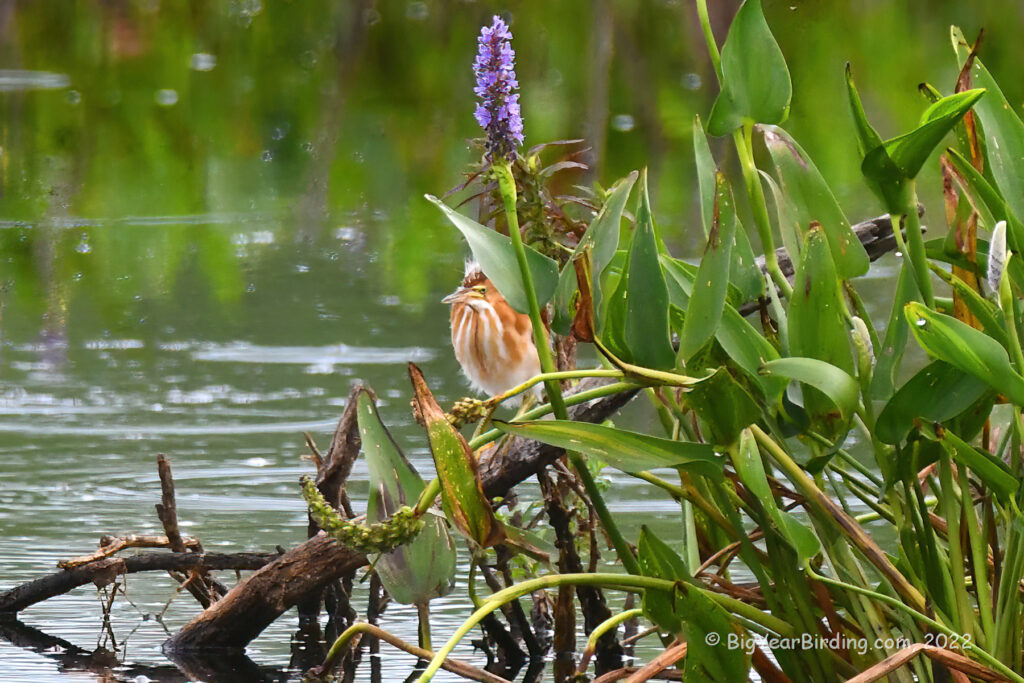 In May of 2019, Ingrid and I spent a delightful few days in Louisiana, watching our son Bradley receive his MBA from LSU, experience the subtleness of the New Orleans French Quarter and to do a little birding.  The later gave us a handful of new life birds and we can’t wait to go back with a little more time on our hands.

One of these new birds was a Least Bittern, a pigeon sized light brown bird of the cattail marshes and reed beds.  While a common bird in the southern tips of the USA, it becomes increasingly rare as one moves north.

Last year during my Maine Big Year I invested a lot of miles and time trying to find one in Maine.  While the Least Bittern is not unheard of in the State, they are so tiny, secretive and rare, finding one is quite a challenge.  For example, one day I poled a kayak through thick cattails and inch deep water in a remote marsh  trying to reach a location where Least Bittern might nest.  After a hundred yards I became stuck unable to move forward or backward.  I had to climb out and drag myself and the kayak through the muck . . . sinking down to my knees over and over.  Great fun. 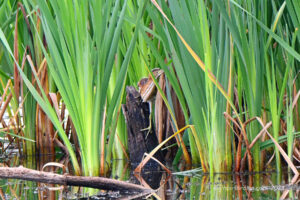 I never found a Maine Least Bittern during the Big Year but finally got one this morning in Bangor . . . actually an adult and two fledgling . . . meaning a successful nesting in Maine.

Incredibly, I saw one of the youngsters swim from the shore to a small island . . . something that I didn’t know that Bitterns could do.