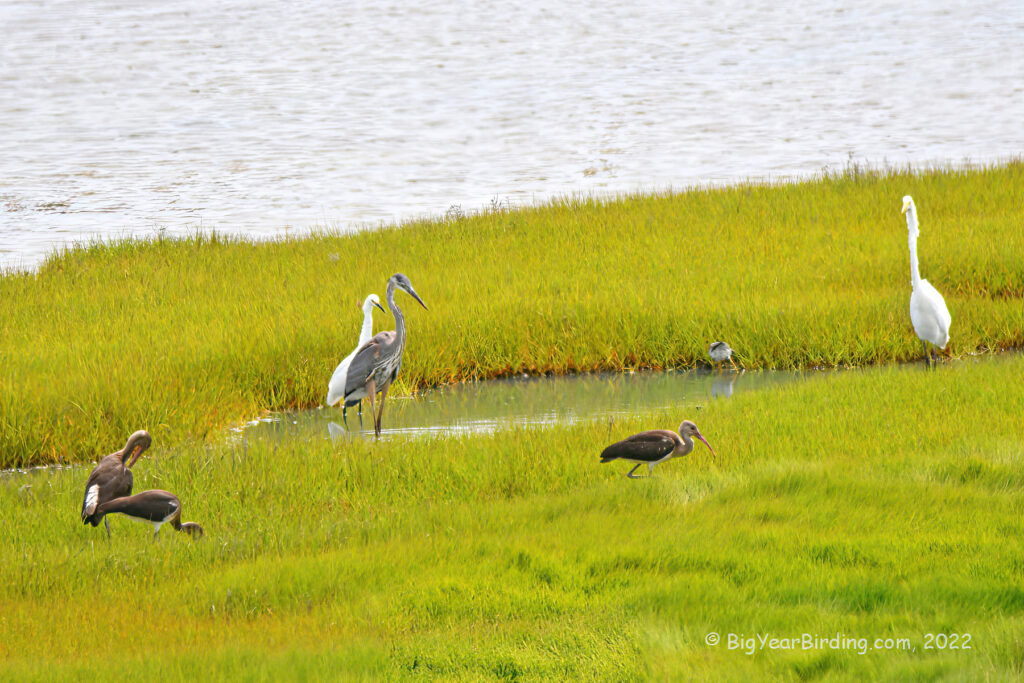 Among birders, there is a phenomena known as the “Patagonia Picnic Table Effect.” When a rare bird is discovered . . . other rare birds are soon found near the original sighting.

Named after a rest area in Patagonia, Arizona where a rare Rose-throated Becard was found.  In the following days dozens of birders descended upon the picnic area to see the Becard and several other rare birds were discovered.  Over the years at least 220 species of birds have been found at this seemingly innocuous rest area.

The obvious reason for this phenomena is lots of birders scanning any area will turn up lots of hidden birds . . . and it has since become known as the “Patagonia Picnic Table Effect”

Today, the Maine Birding Community descended upon a marsh in southern Maine where 26 juvenile White Ibises were feeding.  A White Ibis hadn’t been reported in Maine since 1993 and to see so many in one place was incredible.

And while Ingrid and I were snapping photos of the Ibises . . . the “Patagonia Picnic Table Effect” kicked in and a rare Yellow-crowned Night Heron and a Marbled Godwit were found!