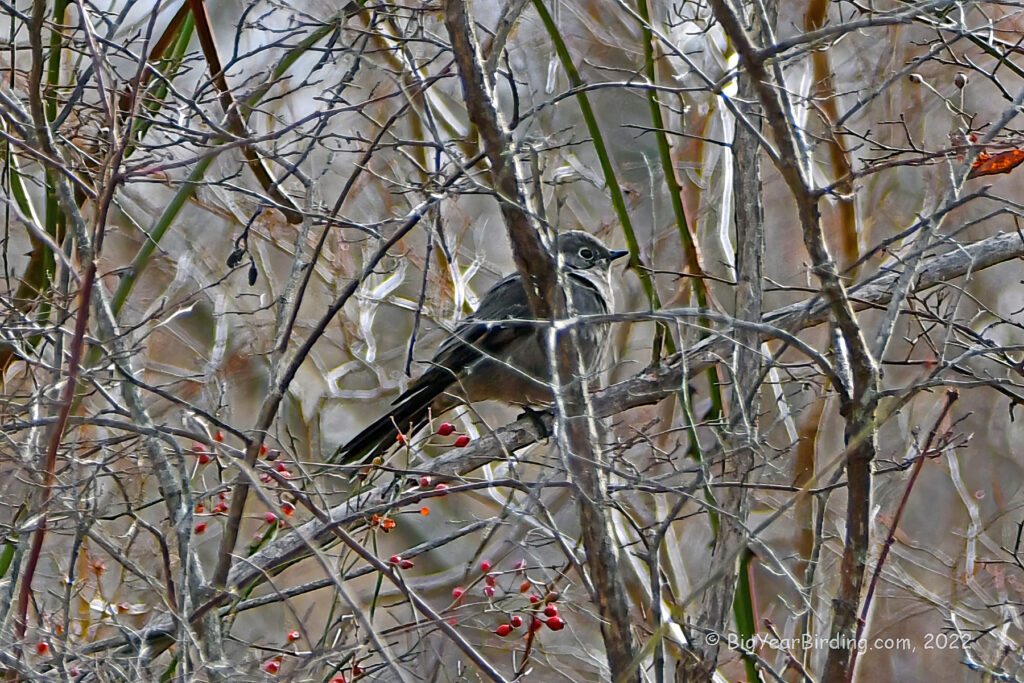 On September 12, about two months ago, I was birding at Laudholm Farm in Wells, Maine, an amazing forest, meadow, salt marsh and ocean preserve.

A robin sized bird flew in front of me.  Grayish/black with a white ring around the eye . . . it disappeared into a thicket and I could not find it again.  Frankly I had no idea what I had just seen.

On my iPhone, I was running Merlin, a free app that uses artificial intelligence to pick out bird sounds and identify the species. It is not always accurate but often finds a bird that one has over looked. 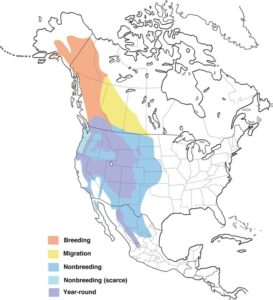 Anyway, I looked at Merlin and it had picked out the obvious Robins, Chickadees and Blue Jays, but it also had registered a Townsend’s Solitaire . . . a thrush of the American West . . . often at high elevation.  I had never seen one and but it is grayish/black with a white ring around the eye.

I called one of the State’s foremost birders,  and he suggested that while a single Townsend’s Solitaires  shows up in Maine every five years or so . . . it is generally later in the fall when they are migrating.

My sighting was iffy at best and the Merlin app can make mistakes (although it has never reported a Townsend’s Solitaire before or since), so I decided my grayish/black bird with a white ring around the eye would remain a mystery.

This weekend, an actual Townsend’s Solitaire was reported at Laudholm Farm and this morning I went down and saw it.

Was this the bird I saw in September and had it been foraging undetected for the two months?  I guess we will never know. 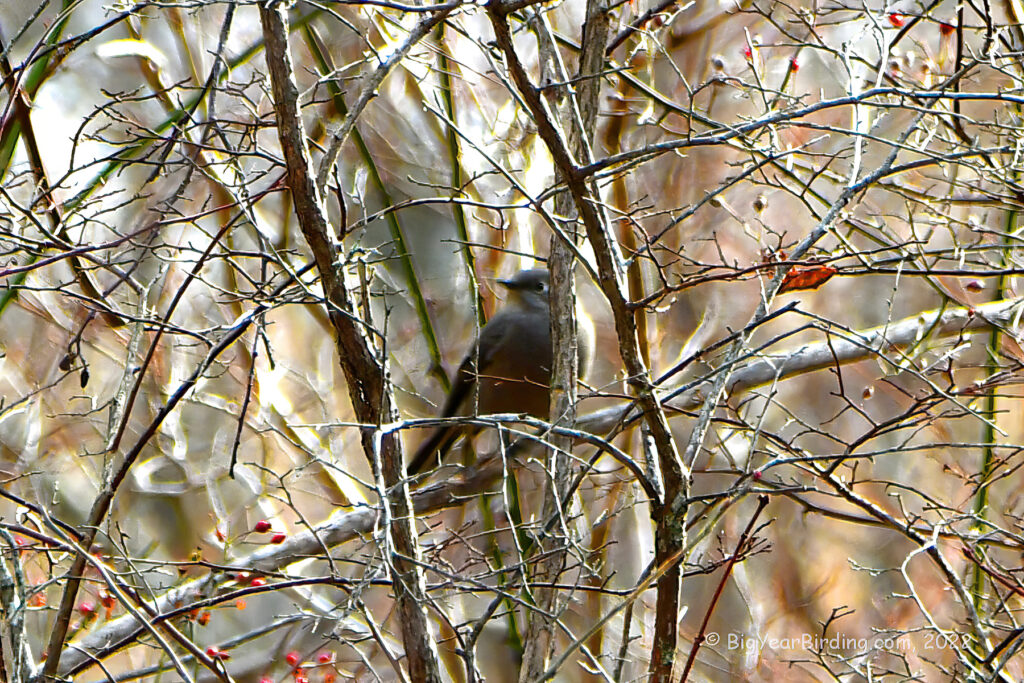