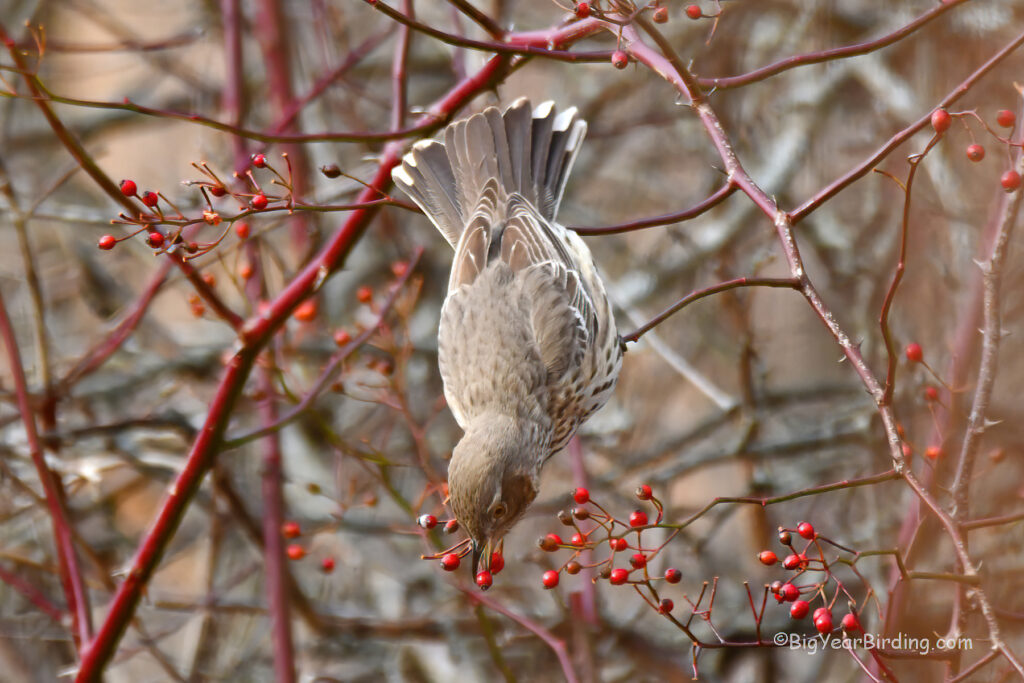 With this week’s Storm of the Century a mere 24 hours away, Christmas visitors arriving for dinner and a dozen odds and ends to get done . . . I climbed out of bed around 5:00 am and began working my way through the to-do list.

Around 8:00 am I headed for to the hardware store to refill a propane tank for the gas grill and creeped home as one needs to be careful with a metal can of explosive gas rolling in the the back of the car.  As I gently turned onto our road, a message appeared on the Car Play Screen:

Suddenly explosive gas, Christmas errands and Stormagedon were forgotten . . . the car had reversed directions and I was racing toward Gilsland Farms, in Falmouth, Maine . . . home of Maine Audubon. 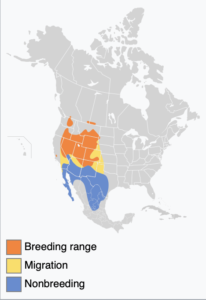 A Sage Thrasher spends its summer among the sage brush of the West (think Kevin Costner on his horse in Yellowstone) and winters in the deserts of the Southwest and Mexico.  VERY RARELY do they cross east of the Mississippi and seeing one in Maine at Christmas is extraordinary.

It took 45 minutes to reach the Maine Audubon parking lot which was full, every other crazy birder in Maine had dropped what they were doing and descended on Falmouth.

The celebrity bird had been seen on Audubon’s Thursday morning bird walk, where the staff Naturalist Doug Hitchcox was pointing out the common place Chickadees, Woodpeckers and Blue Jays when he looked over and saw a SAGE THRASHER!!!

After all the rushing (perhaps exceeding the posted speed limit once or twice), it took two hours of standing in the cold for the bird to show itself.  But when it did all us crazy birders got excellent views and   photos.

A terrific start for Christmas!!! 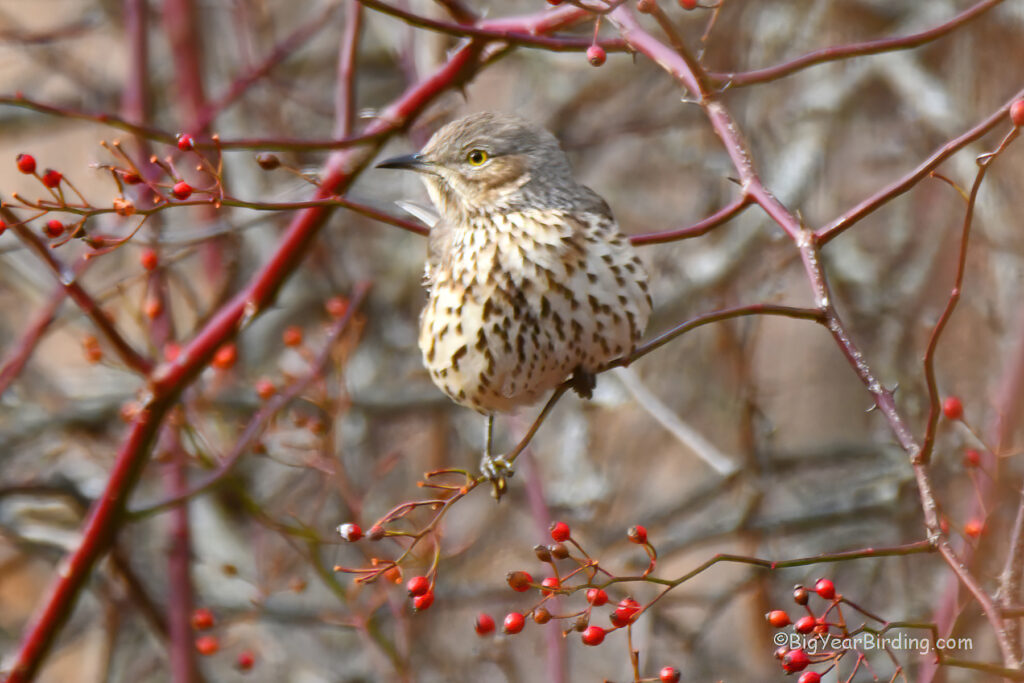