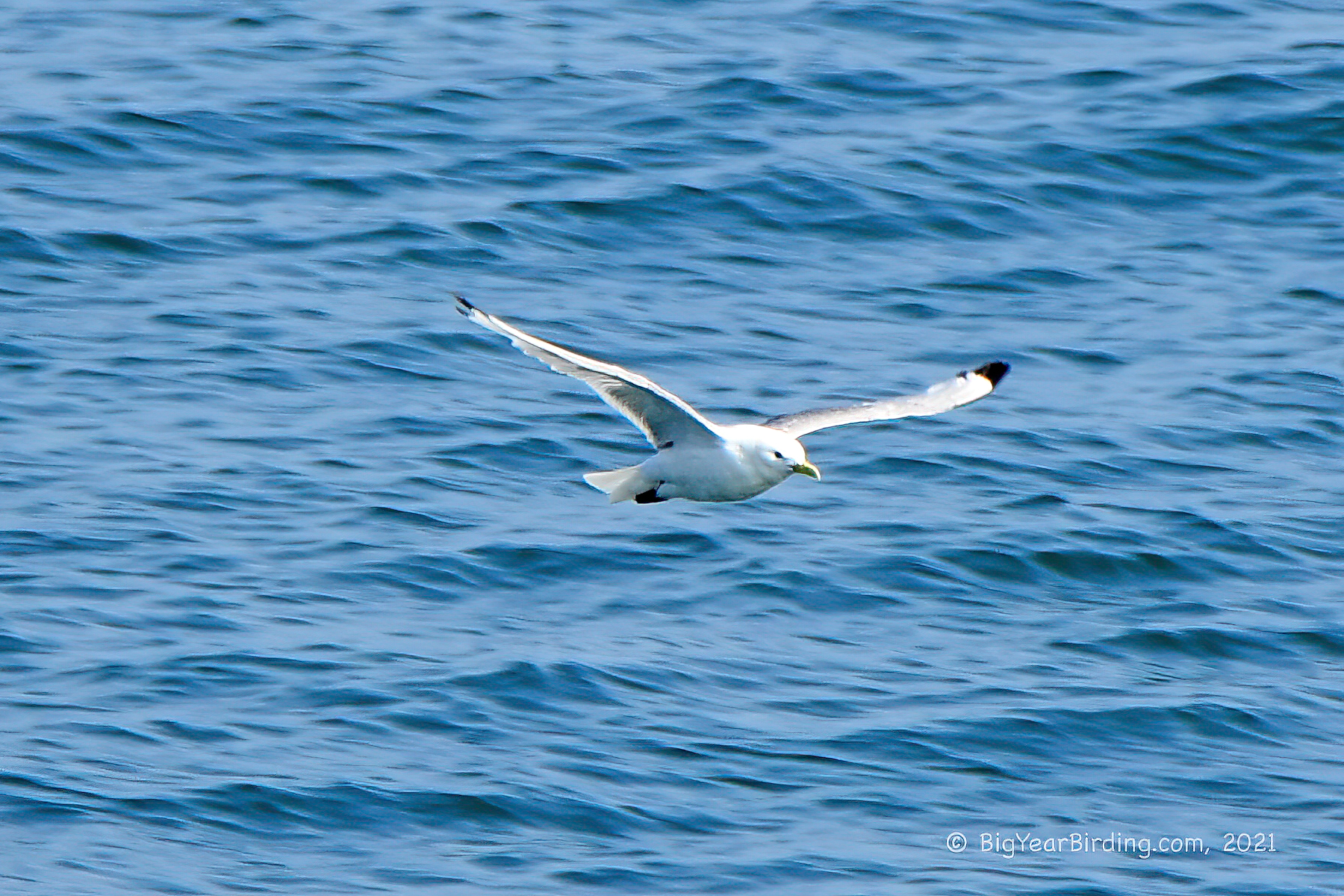 Yesterday Ingrid and I came upon a flock of Black-legged Kittiwakes sitting on a rock outcrops off the Quoddy Head Lighthouse in Lubec.  Lubec is the eastern most point in the United States and believe it or not, is the closer to Africa than Florida (I don’t understand that either but apparently its true). 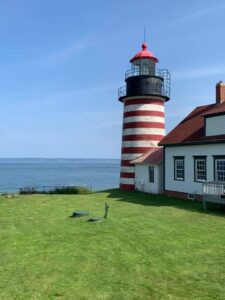 The Black-legged Kittiwake is normally found in the waters around Newfoundland, Quebec and Nova Scotia and I’ve seen  single birds flying off shore during the winter . . . but this one set of rocks, within sight of Canada, is the only place to reliably see them on the USA east coast.

The Kittiwake is a medium sized gull with an all yellow bill, black legs, and wing tips that appear to have been dipped in ink.  When standing they look front heavy and ready to fall over.  Apparently if you listen carefully their vocalization sounds like “Kittiwake”.  I personally don’t hear it . . . I guess if you squint very carefully I look like Tom Cruise. 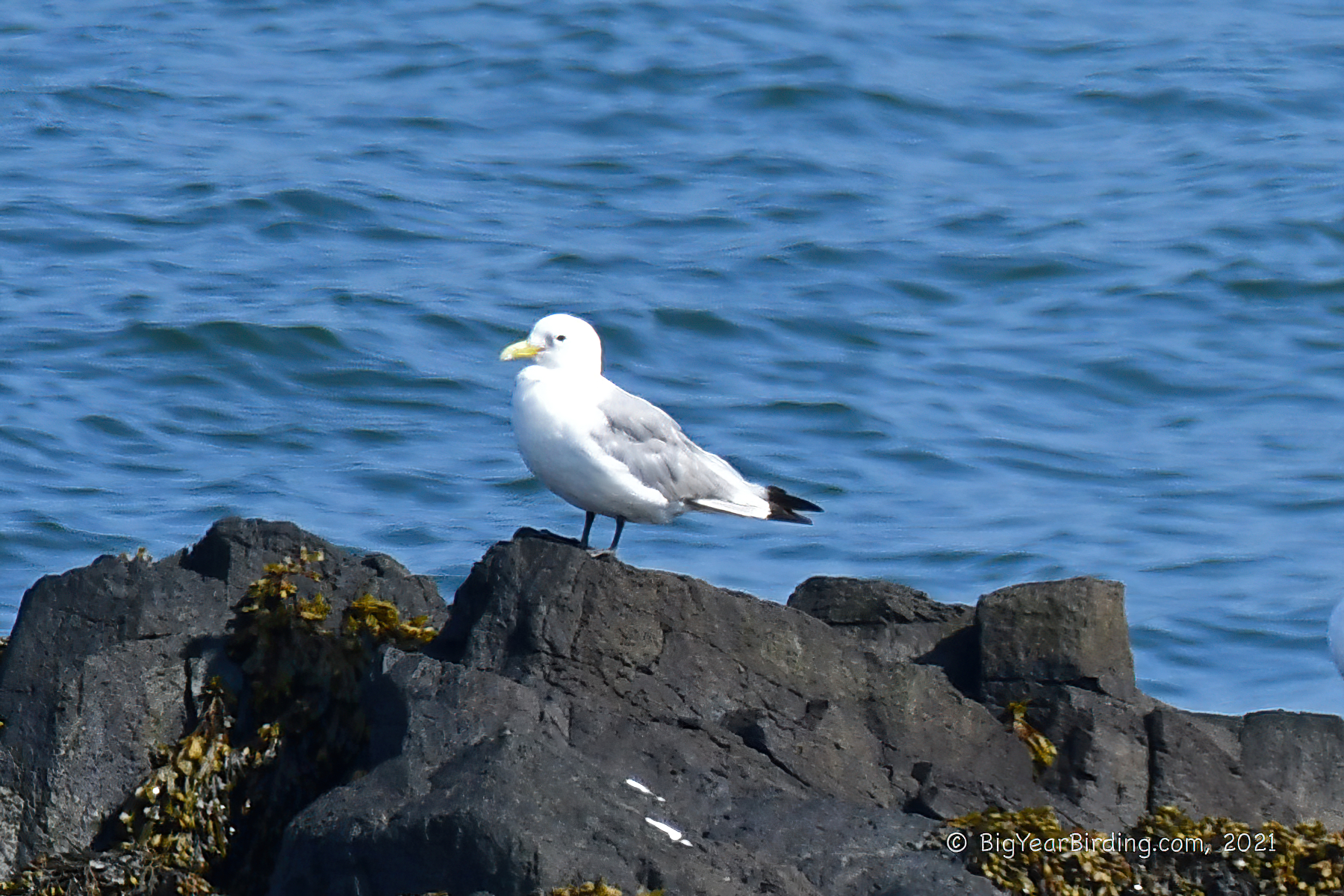