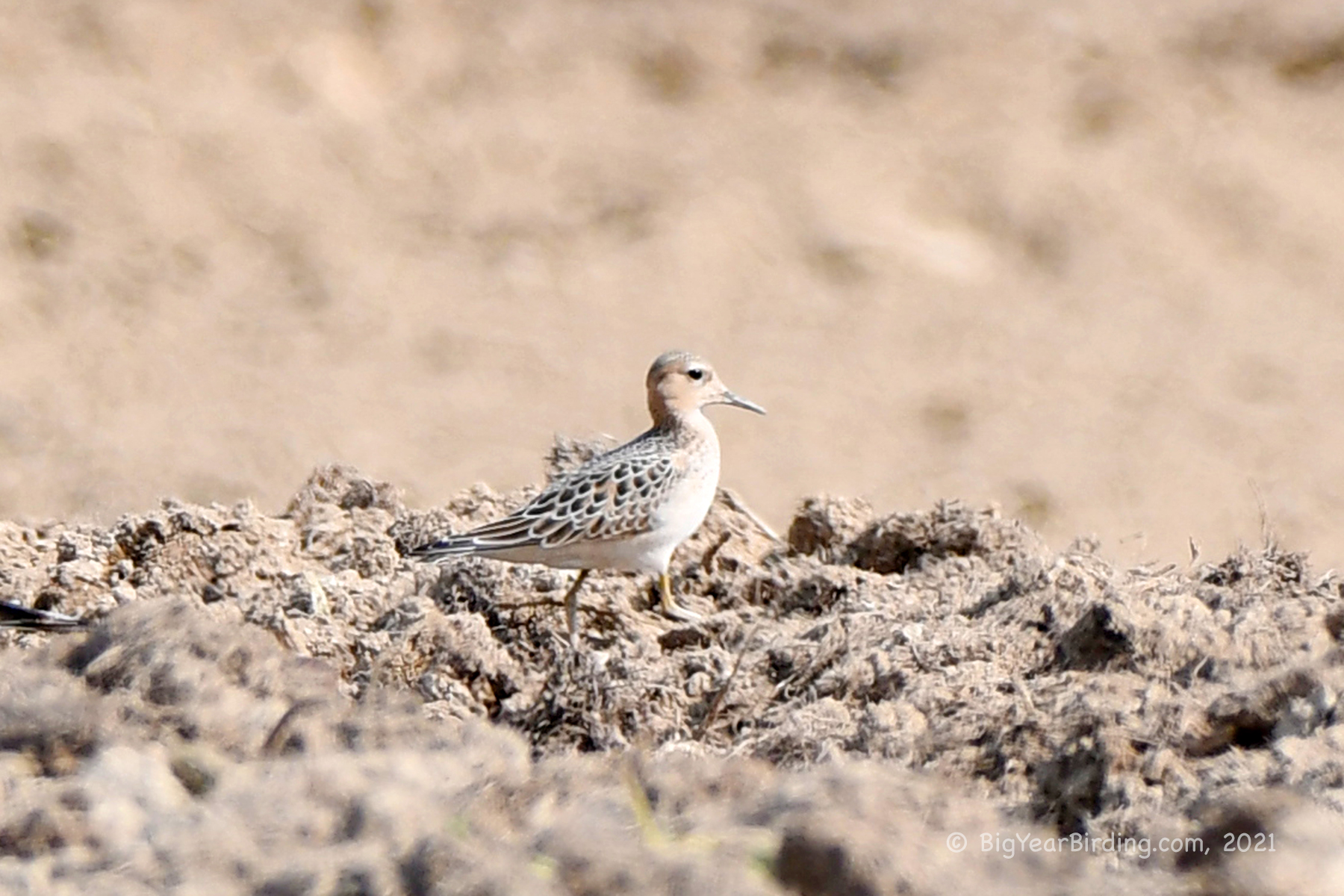 The word brings forth an image of childhood with little birds running at the edge of the surf on a hot summer beach day.

And that image is pretty accurate, as right now thousands of sandpipers and plovers are migrating through Maine, stopping to feed on coastal beaches.

But there are other Sandpipers . . . the “grass-pipers” . . . shorebirds that prefer a nicely manicured golf course to the beach.

For Maine Birders, the most challenging of the grass-pipers is the Buff-breasted Sandpiper.  A “Buffy”  nests in the northern realms of the arctic and winters in Argentina . . . generally migrating through the mid-west states and provinces.

Think about this . . . this tiny little two ounce bird travels from the North Pole to the tip of South America and then back again . . . every year.  It boggles the mind.

And every year . . . one or two “Buffies” gets lost during fall migration and ends up on a ball or sod field in Maine.

Today, Ingrid and I saw a “Buffy” on a newly plowed field (i.e. dirt clods) . . . a location where it is nearly impossible to see one . . . as a Buff-breasted Sandpiper is the same color dirt. 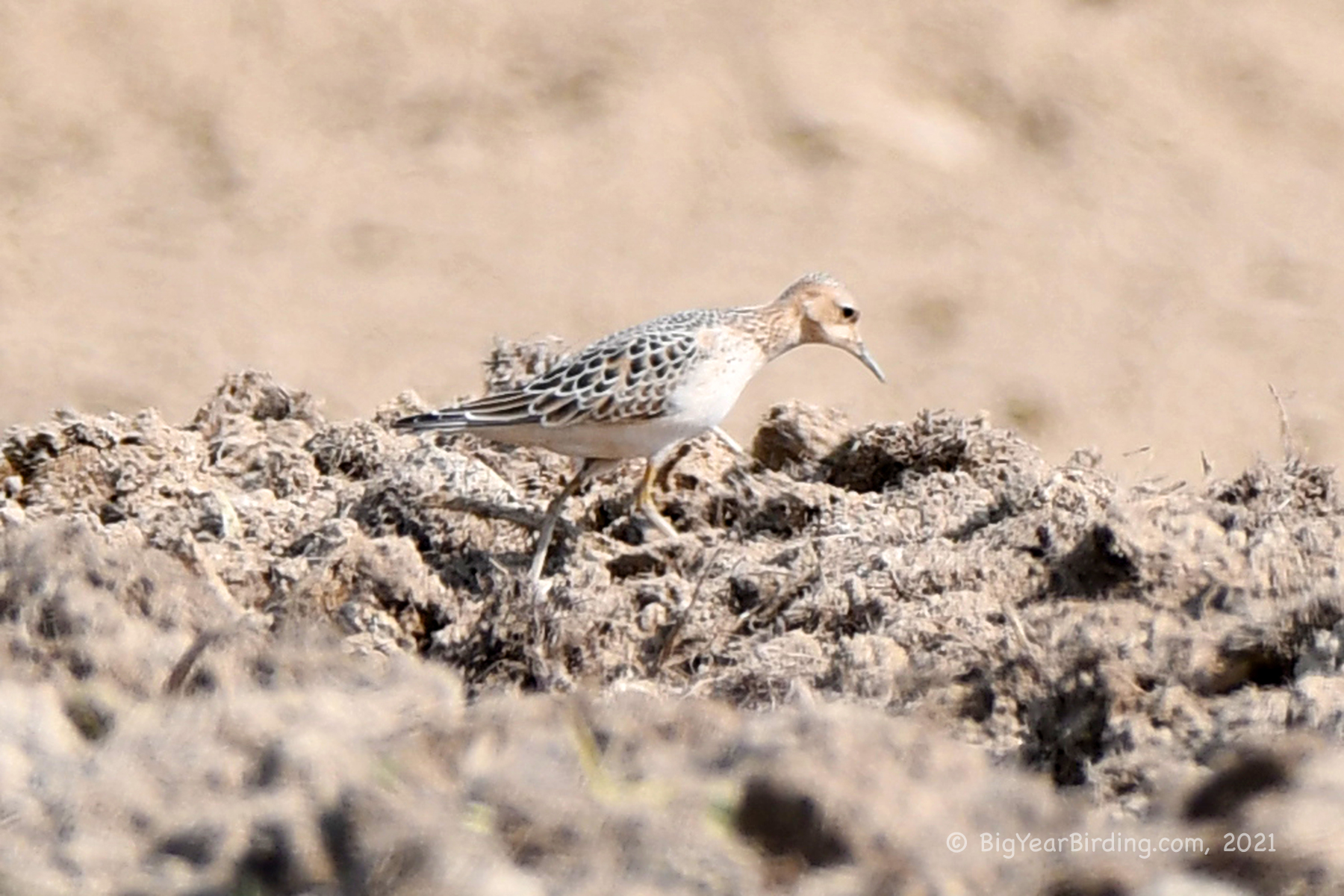