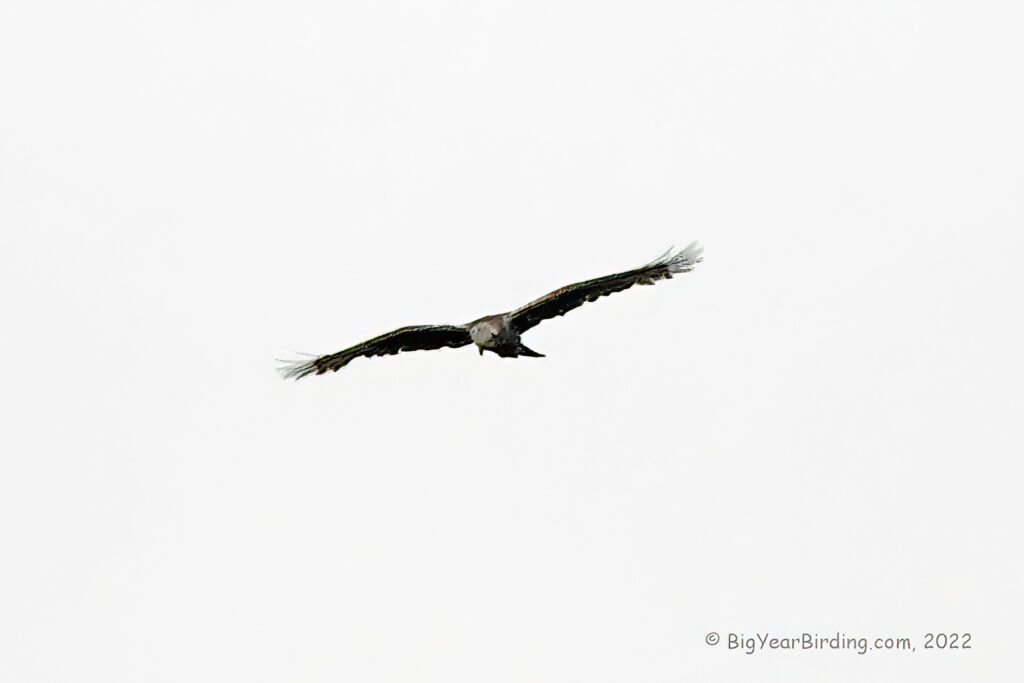 On Thursday morning, Washington DC resident Byron Smith left his summer home on Maine’s North Haven Island to look for birds.  Smith is a life-long birder whose formative years were spent in England and Iran.  He has birded in Russia, China, Australia, India, South Africa and many places in-between.  Smith knows his birds. 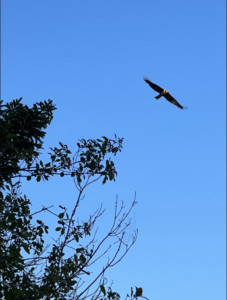 While walking around a mid-island pond that morning, Smith noticed a large raptor flying like our Northern Harrier, gliding slowly looking for prey.  This bird had a white cap, white chin, a dark line through the eye . . . this wasn’t a Northern Harrier.

Smith realized he was looking at an Eurasian Marsh-Harrier, an Old World bird common to Europe, Asia and Africa, and a bird Smith had seen many times in his travels.

Smith managed to get a few detailed iPhone photos, documented the sighting and reported it on eBird.

And the excitement started!!!!

After the report came in, I did some quick checking . . . an Eurasian Marsh-Harrier had been reported only once on this side of the Atlantic, a 1994 sighting at Accomack, Virginia. That bird was seen for one day, by one person and there were no photographs.

Thus, an Eurasian Marsh-Harrier in Maine was a really big deal, and I had to see it.

Doug Hitchcox, Maine Audubon’s Naturalist, arranged for a water taxi to pick us up in Rockland at 6:30 AM on Friday and take us to North Haven in our mad rush to see the bird before it headed off.

At its longest points, North Haven Island is roughly 8 miles long and 3 miles wide, has 417 residents, and many stately homes.  It is served by a thrice daily ferry service from the mainland, a 70 minute ride each way.  And it is the home of Ingrid’s and my Congresswoman Chellie Pingree.

When Doug, myself and a high school birder, Weston Barker, arrived on the island, Byron Smith picked us up and drove to Fresh Pond which we staked out hoping the Marsh-Harrier would return.  After a couple hours of fruitless waiting, it started to pour and Byron graciously dropped us off at an island coffee shop to wait the weather out.

It was here that Doug looked at his phone and through gritted teeth exclaimed, “The [EXPLETIVE DELETED] bird is at Weskeag Marsh.”

Weskeag Marsh is one of the premier birding spots in mid-coast Maine, three miles from where we left our cars in Rockland . . . but most importantly BACK ON THE MAINLAND!!!

It was 9:30. The next Ferry back to Rockland was at 12:30.   With the Ferry’s crossing time, it would be at least 4 hours before we could be on the bird . . . an eternity under the circumstances.

Some sympathetic coffee drinkers overheard our plight and suggested we check at the nearby boatyard and see if anyone could get us back on one of their boats.  Twenty minutes later, we were racing across the bay in a speed boat heading toward Rockland and our cars.

Meanwhile Ingrid, who had suggested my North Haven excursion was folly, was heading north toward Weskeag Marsh along with birders from all over the state.

We all arrived about the same time, set up our scopes and waited.

After a couple of hours our efforts were rewarded when the female Eurasian Marsh-Harrier ended her mid-day nap and began to fly back and forth across the tree line.  Cheers, high-fives and lots of smiles from the spectators . . . a really rare bird. 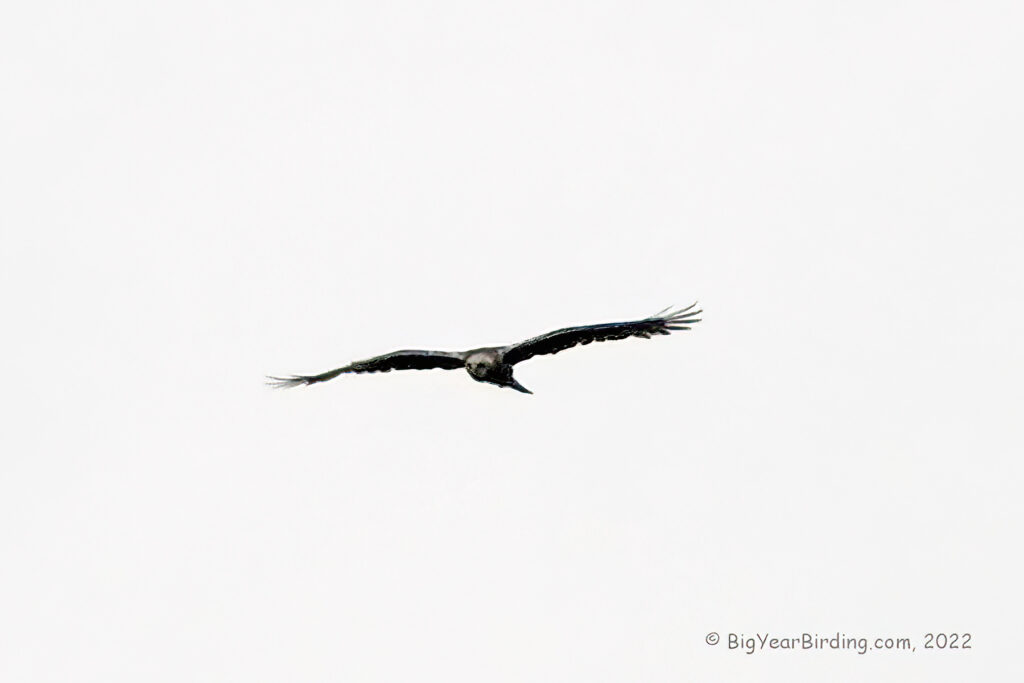 As I write this post on Saturday morning, the bird is still being seen at Weskeag Marsh and birders from surrounding states are pouring into Maine to see this rarity . . . a scenario we’ve seen twice in recent years.

Doug, Weston and I made our search as difficult as we possibly could, but all turned out right in the end.