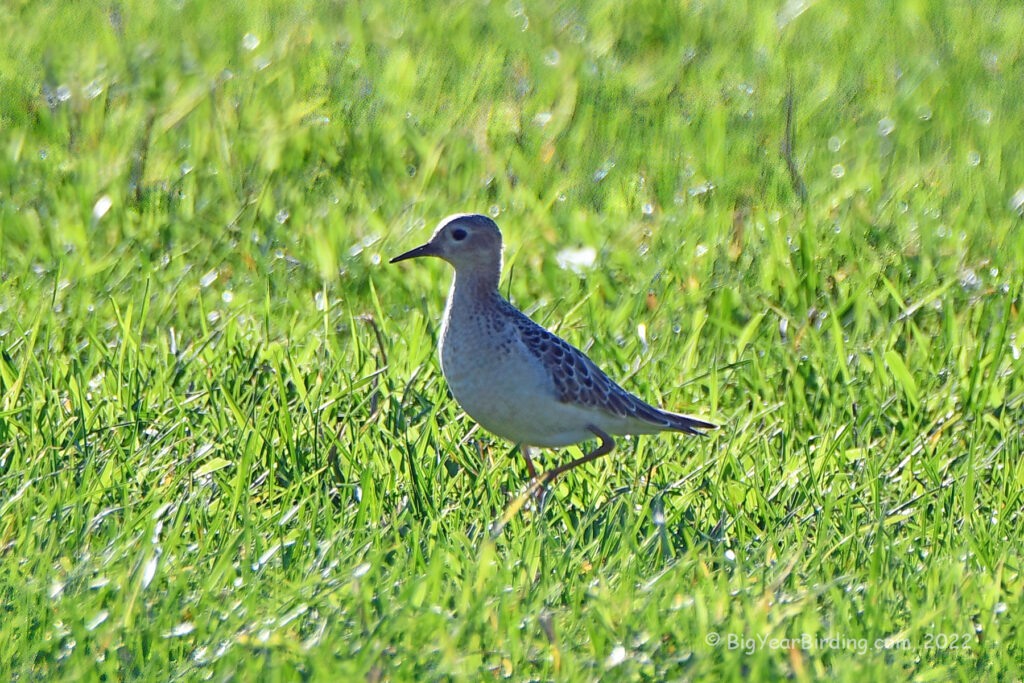 For the last few days, the Maine Birding Community has been treated with a very compliant Buff-breasted Sandpiper that has been touring Cape Elizabeth’s agricultural fields.

This two ounce bird is migrating from its nesting grounds in the arctic to Argentina, Uruguay, and Brazil where it winters.   Normally “Buffys” move through the Great Plains as they transverse the continents . . . but each fall one or two take a roundabout route through Maine. 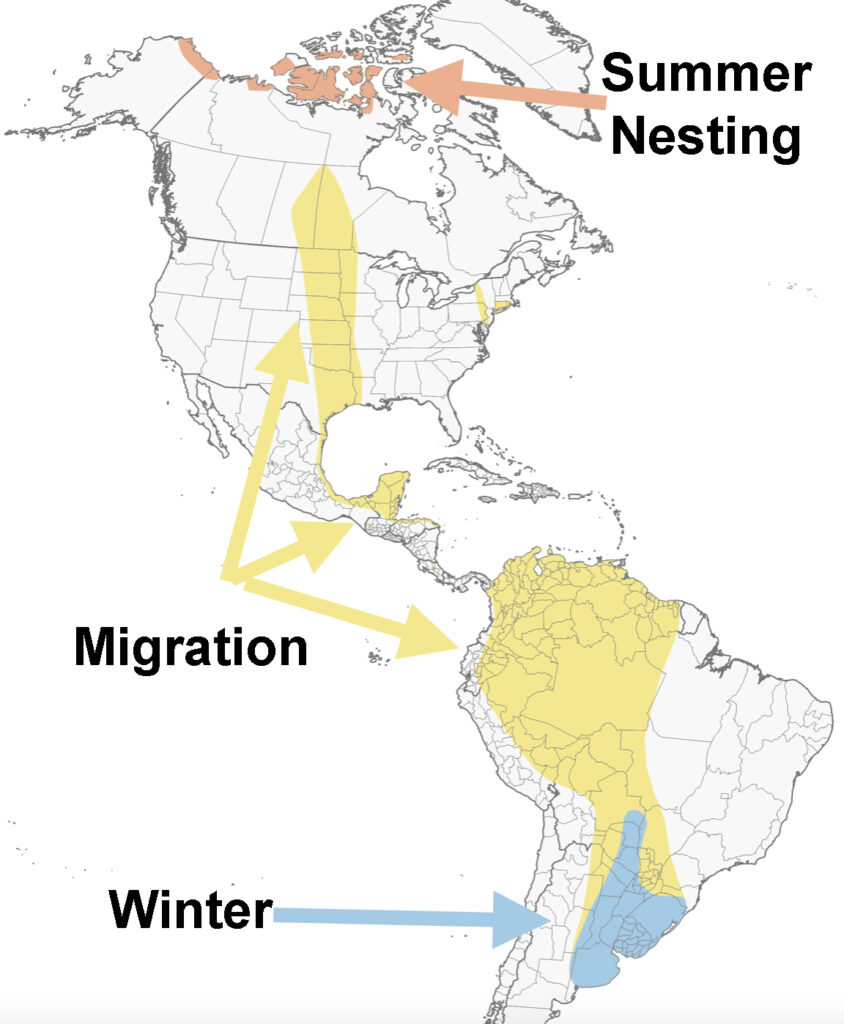 While most Sandpipers are found on beaches, the Buff-breasted is really a “Grasspiper”, preferring meadows, sod fields and pumpkin patches.

I doubt if I’ll ever visit their nesting grounds in Northern Canada and Alaska, but this bird has an interesting mating system where the males congregate in a large area know as a “lek.”  Each male will defend a small portion of the lek, where they display hoping to attract a female.  After mating, the females leave, build a nest and raise their chicks elsewhere. 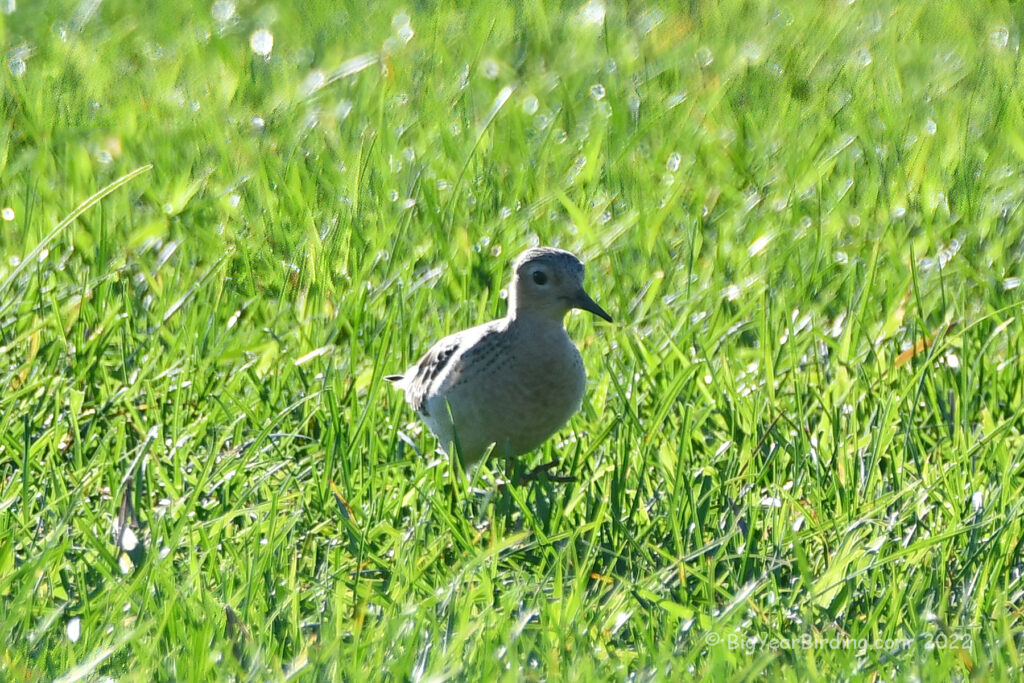